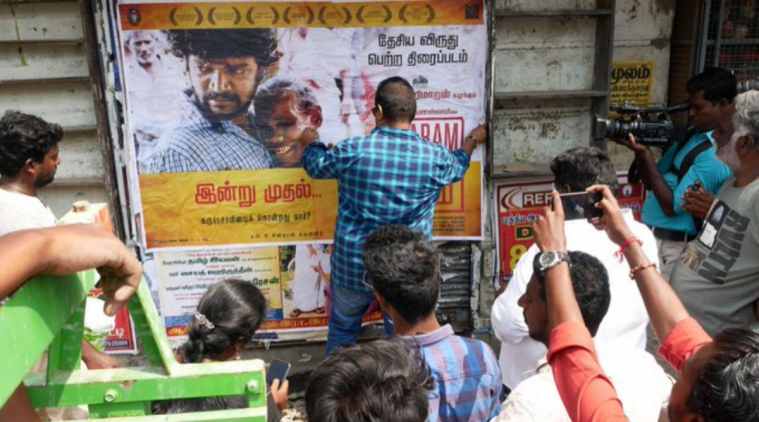 National Award-winning film Baaram has found an admirer in director Mysskin. A day after the release of the film, Mysskin showed his support for the film by sticking posters on walls.

Indianexpress.com’s S Subhakeerthana called Baaram a “necessary film” and gave it 3.5 stars out of 5. “First, it is important to acknowledge the work done by a filmmaker who wants to stay true to the essence of the story. Second, it is important to appreciate the work done by the same filmmaker who was conscious not to pull off a crowd-pleaser, instead tell a story that she believed in—the way she wanted. Baaram is a more sober affair, with less flash,” Subhakeerthana wrote in her review.

She added, “It would have been a better film had Priya Krishnaswamy had elaborate character arcs for the main characters, including the reporter, who gets introduced in the second half. We would have liked Baaram more if it told the story of people, instead of an issue, Thalaikoothal. Nevertheless, we liked how Priya managed to present the film on her terms.”