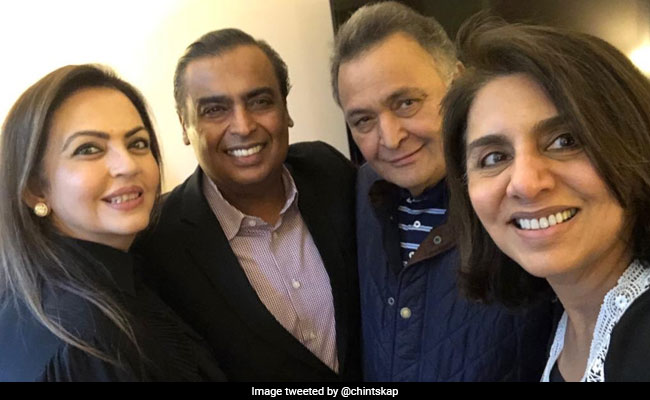 Take a look at the tweet shared by Rishi Kapoor:

Thank you for seeing us Mukesh and Neeta. We also love you. pic.twitter.com/bYzi5Bt9N5

Meanwhile, as Rishi Kapoor shared the second picture of him and Mukesh Ambani, he wrote: "Thank you for all the love you showered." Some more people who visited him at New York previously are Shah Rukh Khan, Deepika Padukone and Vicky Kaushal. His wife Neetu Kapoor has been accompanying him there since the beginning. Neetu Kapoor often has shared his pictures on her social media updating the fans about his health improvements. Ranbir Kapoor also had shared picture with his father Rishi Kapoor and updated about his health.

Thank you for all the love you showered. pic.twitter.com/PAIpW4cgez