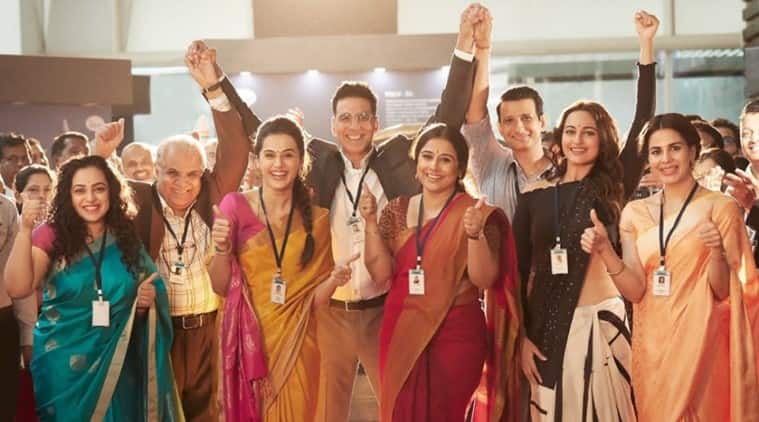 Akshay Kumar and Vidya Balan starrer Mission Mangal has earned Rs 70.02 crore after three days of its box office run. The film released on Thursday (Independence Day) and is tracking for an extended weekend of Rs 85 crore plus.

The Indian Express film critic Shubhra Gupta gave the film 2.5 stars in her review. She wrote, “The human interactions are the best part of the film. The downer is the science bits, clearly crafted for dummies. And it doesn’t help that the computer-graphics feel a tad tacky: after years of watching stunning space visuals in Hollywood films, the scenes here seem sub-par. But the clunkiness sort of fits too: our early space agers, Vikram Sarabhai and Abdul Kalam carried their instruments on the back of bullock-carts.”

She added, “Too much polish would maybe have been out of place, especially when you have a top-flight scientist conjure up the winning idea of using less fuel for the Mangal yaan by watching ‘pooris’ fluffing up even when the gas is switched off.”