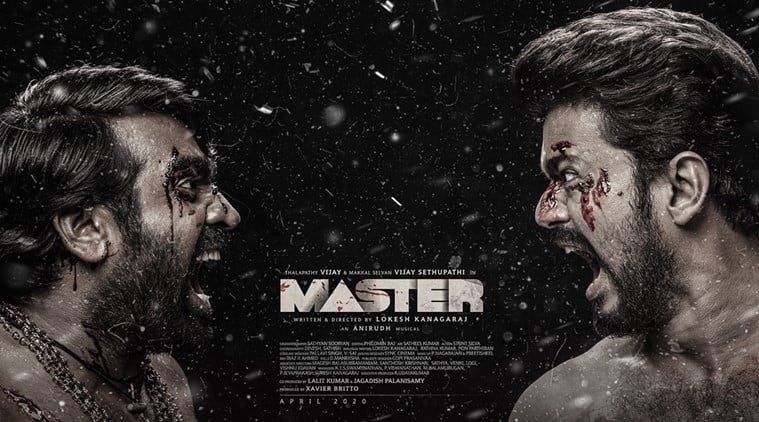 Master Third Look: The Vijay and Vijay Sethupathi film is expected to hit screens in April this year.

Third time is the charm. The third poster revealing the characters of director Lokesh Kanagaraj’s upcoming movie Master packs enough substance to generate massive fan frenzy. It features Vijay and Vijay Sethupathi in the middle of an aggressive face-off. Both the stars look bloodied and full of rage in what seems like a fight to the death.

Lokesh knows exactly how to boost the expectations, which is already sky-high. And, we can’t wait to watch Sethupathi lock horns with Vijay.

Unlike his peers, Vijay Sethupathi has been more open to taking supporting roles in star vehicles. He was seen in Mani Ratnam’s multi-starrer Chekka Chivantha Vaanam (2018). And last year, he played a second-fiddle to the main antagonist in Superstar Rajinikanth-starrer Petta.

Lokesh Kanagaraj has co-written Master with another promising young director Rathna Kumar of Aadai fame. Composer Anirudh Ravichander is scoring the music for the film, which is bankrolled under XB Film Creators banner.