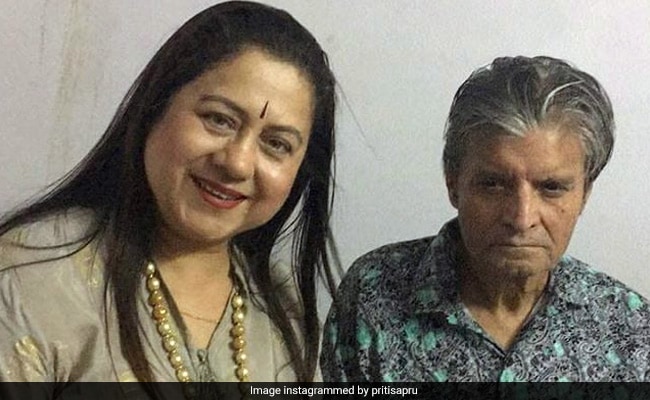 Actor Satish Kaul, who was once a sought-after actor of Punjabi cinema and television and also extensively worked in Bollywood, has been severely affected by the nationwide lockdown, reported PTI. Speaking to the news agency, Satish Kaul, now 65, said he was living in an old age home before but is currently staying at a rented accommodation, where he moved to a while ago: "I'm staying in a small rented place in Ludhiana. I was staying in an old age home earlier but then I'm here at this place with my good samaritan Satya Devi. My health is ok, I'm doing fine but the lockdown has made matters worse." Satish Kaul's statement, as reported by PTI, comes hours after reports stated that struggling to make ends meet, the actor is living in an old age home in Punjab's Ludhiana.

However, Satish Kaul, who is best identified as Lord Indra of BR Chopra's Mahabharat, asked members of the entertainment industry to reach out for help as the state of affairs deteriorated during the lockdown: "I'm struggling for medicines, groceries and basic needs. I appeal to the industry people to help me. I got so much love as an actor, I need some attention now as a human in need," Mr Kaul told PTI.

PTI reports that Satish Kaul moved to Punjab from Mumbai and started an acting school in Ludhiana in 2011, which wasn't a success. However, several reports also stated that after that, he was employed at a university in Patiala for a meagre sum of money. Talking about his acting school venture, Satish Kaul told PTI: "It came to a halt and whatever work I was doing later was affected after I fractured my hip bone in 2015. For two and a half years, I was bed-ridden in the hospital. Then I had to check in to an old age home where I stayed for two years."

Reminiscing his days as a popular actor, Satish Kaul said the he is ready to resume his career as an actor again: "It's ok if they've forgotten me. I got so much of love and I'm grateful. I will forever be indebted to the audience for that. Right now, I wish I am able to buy a decent place of my own where I can stay. The fire to act is still alive in me. It isn't over. I wish someone gives me a role even today, any role, and I would do it. I'm raring to act again," reported PTI.

Satish Kaul's resume as an actor includes over 300 Hindi and Punjabi movies. He has starred in films such as Pyaar To Hona Hi Tha, Aunty No 1 , Zanjeer, Yaraana, Ram Lakhan among others. Apart from Mahabharat, he has also featured in the TV show Vikram Aur Betaal. Satish Kaul was honoured with the Lifetime Achievement Award at PTC Punjabi Film Awards in 2011.