Loved Big Little Lies? Here's what you should watch next 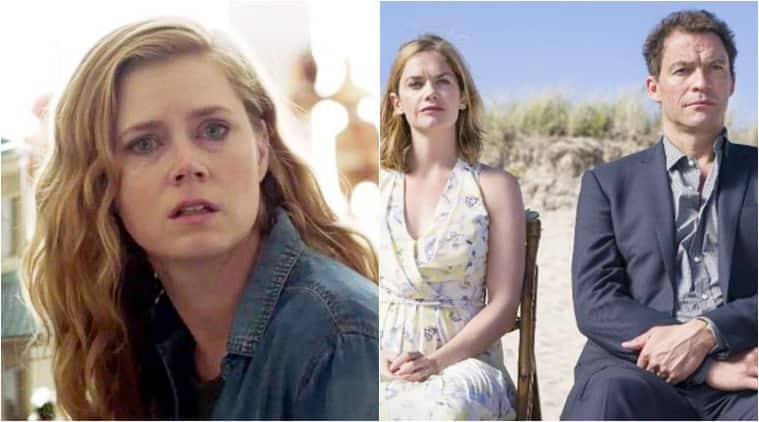 With multi-starrer Big Little Lies’ second season coming to an end, fans of the show are probably on the lookout for the next best thing. And as it so happens, we have a solution to the problem. Beat your binging blues with these shows which boast of a strong story, with stronger and more complex parts for female actors.

Based on the debut novel of Gillian Flynn, HBO’s Sharp Objects is at once mind-boggling and creepy. The psychological thriller is about a reporter (Amy Adams) who returns to her hometown to investigate the murder of two young girls. However, there is a twist. Our heroine herself has some serious issues, including self-harm and alcoholism.

The show is available for streaming on Hotstar.

The Dominic West and Ruth Wilson starrer is an interesting take on extra-marital affairs. Why do they happen and what are the repercussions of falling for someone you were not meant to fall for? Wilson’s character is a waiter who meets West’s happily married Noah. The tale is told from both their perspectives, resulting in a wildly chaotic but engaging affair.

The show is available for streaming on Netflix.

This Marvel series might have slackened in later seasons, but it was pretty good when it had first begun streaming on Netflix. Jessica Jones is a superhuman dealing with mental illness. She also suffers from alcoholism and that doesn’t help her case either. The character also has trouble finding steady romantic relationships due to her problematic past with an abuser.

We don’t have many female superhero characters dealing with real-world problems whilst solving crimes like this one does. And to top it all, the show features the supremely talented Krysten Ritter and David Tennant.

This Hulu original series is based on the novel of renowned author Margaret Atwood. In a dystopian world, women are snatched away from their homes to serve the ‘leaders’ by producing offsprings for them. However, some of them are bent on rebelling, but will their act of righteousness serve any greater purpose?

Powerful women, complex characters and an intriguing plot, Sandra Oh and Jodie Comer’s BBC show is as riveting as it can get. There is dark humour involved too, in case you were wondering. And our madcap heroines have the ability to push the boundaries like no one else.

Eve (Sandra Oh) is bored with her desk job at MI6, while Villanelle (Jodie Comer) is working her way up the serial murderer ladder. However, when their paths cross, hell breaks loose in the most breathtaking fashion.