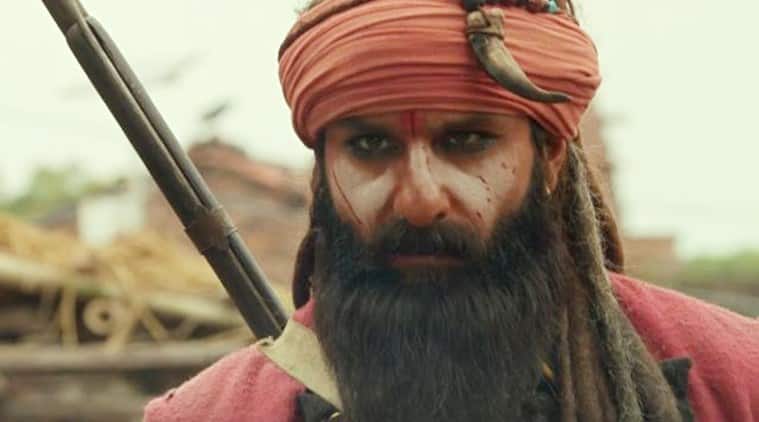 The final trailer of the Saif Ali Khan and Manav Vij starrer Laal Kaptaan is out, and if the video is anything to go by, the movie looks INTENSE. The third and final clip titled ‘Revenge’ was released by the makers on Tuesday.

In the promo, we see more of what we have seen before — the bloodthirsty Saif as the naga sadhu, a little bit of the madness and some sword slinging. What is new here is Sonakshi Sinha’s character who orders Saif to kill a man called Rehmat Khan. Incidentally, he is the man the naga sadhu has been after his whole life.

While the movie itself has not been pitched as a horror outing, the trailers released, so far, are eerie. After all, we are talking about the people who are responsible for producing Tumbbad here.

The ever so suave Saif Ali Khan looks convincing as the fierce assassin, which says a lot about not only his talent, but director Navdeep Singh’s ability to steer his lead players in the right direction.

The official synopsis of the movie reads, “Revenge is a dish best served cold. Will Laal Kaptaan’s thirst for blood ever be quenched? Watch his vengeful story unfold this October 18 in a theatre near you.”