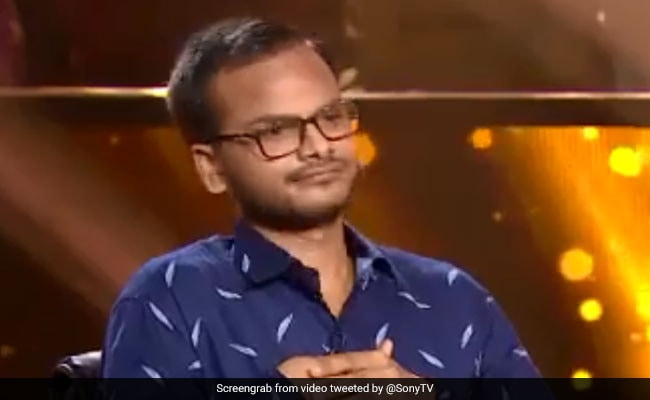 Tonight's episode of the TV quiz show Kaun Banega Crorepati 11 was extra special as the show got its first 'crorepati' of the season. Sanoj Raj, a UPSC aspirant from Bihar, earned Rs 1 crore. He was the first contestant to have faced all the 16 questions. The question that fetched Sanoj Rs 1 crore was - "The father of which Chief Justice Of India was one of the first Chief Minister of an Indian state?" Sanoj used his final lifeline 'Ask The Expert' to answer the question and emerged victorious. Sanoj got stuck on the final question of the game, which was worth Rs 7 crore and decided to quit the game.

The 16th and the final question that Sanoj wasn't quite sure about was - "Who was the Indian bowler off whom Australian legend Don Bradman got a single to reach his 100th first class century?"

Sanoj, who impressed the show's host Big B with his knowledge, is currently prepping for UPSC exams in Delhi. During the course of the show, he shared his interests and revealed that he wishes to work in health and environment policymaking.

Reacting to his big win, Sanoj Raj said, "I am feeling ecstatic on this win. It's a landmark moment in my life and I only intend to move further hereon to achieve many more milestones. I believe hard work, passion and dedication towards your goals will make process of achieving them a lot more enjoyable."