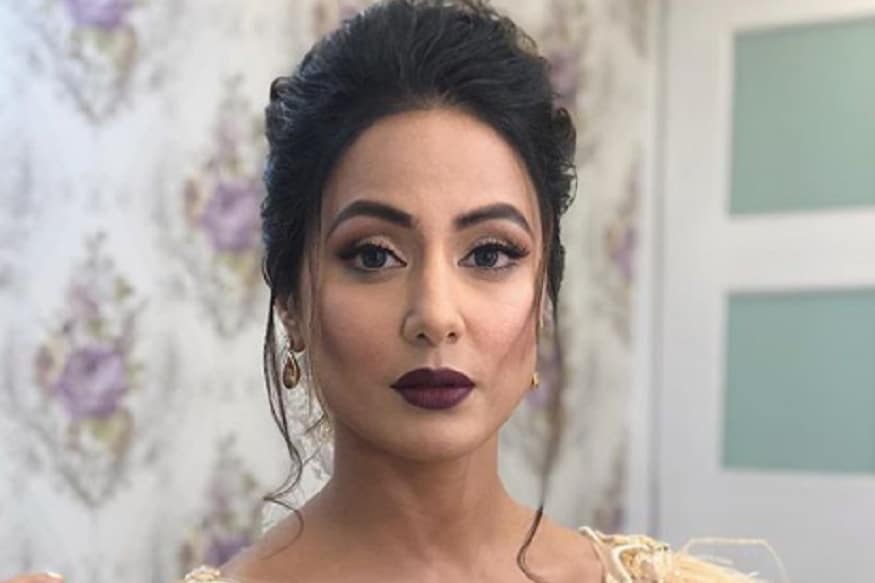 After months of speculation, the makers of Kasautii Zindagii Kay’s much publicized reboot finally dropped on Sunday the promo of Hina Khan’s dramatic entry as Komolika.

The promo has Hina showing off her svelte body in a black backless choli and signature lehenga, all geared to wreak havoc in Prerna and Anurag’s lives. Wearing a statement silver nose ring, she looks every bit the menacing vamp that we remember of Komolika from the original show. Hina, who was last seen in Yeh Rishta Kya Kehlata Hai as an ideal daughter-in-law, will be playing a negative role on TV for the first time.

Starring Erica D’Souza and Parth Samthaan in lead roles as Prerna and Anurag, the show will reportedly have Hina play Komolika Chaubey, the daughter of a corrupt politician involved in sex trade.

Talking about her character, Hina recently told Times of India, “Playing Komolika is an extremely thrilling experience. However, it also brings a huge responsibility of living it up to the expectations of the viewers. Komolika became a household name who is reminisced even today. She is strongly instilled in the hearts and minds of the viewers. I will try to retain the essence of the old character, but with a new spin.”

Hina and producer Ekta Kapoor also shared the now-viral promo on their Instagram. Hina captioned it, “And so the adventure begins!#Komolika #NewBeginnings (sic).”

Old Bengali TV serials are back on prime time slots