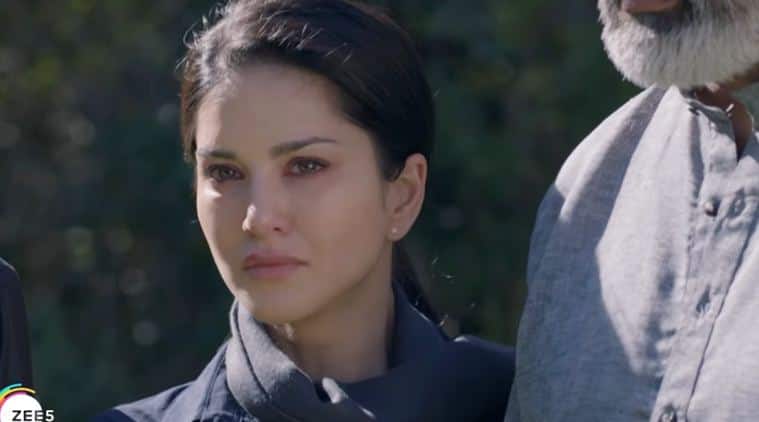 ZEE5 original Karenjit Kaur: The Untold Story of Sunny Leone, which chronicles the life of former adult star-turned-Bollywood actor Sunny Leone, has reached its last leg. The web series, after a successful season one, is all set to enter the finale of season two, which will cover the remaining years of Sunny’s life.

The trailer of the season finale of Karenjit Kaur: The Untold Story of Sunny Leone was unveiled recently by the makers. It begins with a voice-over by Sunny. She says, “Our past decides our future,” and proceeds to tell how her life has been filled with ups and downs, but she still kept hope for new beginnings. The visuals of the trailer have the actor getting married to Daniel Weber played by South African model Marc Buckner and her father being diagnosed with cancer.

The remaining episodes also narrate the story of Sunny Leone entering the house of television’s most controversial show, Bigg Boss. The show marked Sunny’s entry into Indian showbiz. The official description of the show reads, “Karenjit Kaur is back with a new phase of her life. From starting her own production company to participating in India’s biggest reality show, witness her rollercoaster life.”

Sunny shared the trailer on her official Twitter handle and wrote, “SEASON 2 IS BACK!! To hope. To excitement. To. Sadness To new beginnings! Catch the SEASON 2 Finale of Karenjit Kaur: The Untold Story of Sunny Leone, premiering 5th April, only on @ZEE5India.”

Directed by Aditya Datt of Aashiq Banaya Aapne fame, the remaining episodes of season two of Karenjit Kaur-The Untold Story of Sunny Leone will begin streaming on ZEE5 from April 5.