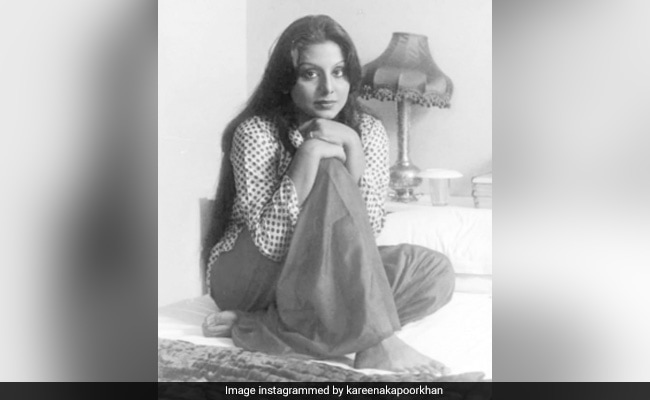 Happy birthday, Neetu Kapoor! As the actress turned 62 on Wednesday, a whole lot of love for her poured in on social media from the likes of Kareena Kapoor, her sister Karisma, Alia Bhatt, Anushka Sharma and others. To wish her aunt, Kareena Kapoor made a trip down memory lane and dug out a never-seen-before throwback picture of Neetu Kapoor. In the monochrome photograph, Neetu can be seen sporting a kurti and salwar while posing for the camera. Sharing the blast from the past, Kareena kept her birthday wish simple and sweet. She wrote: "Happy birthday, Neetu aunty" in the caption and added heart emojis. 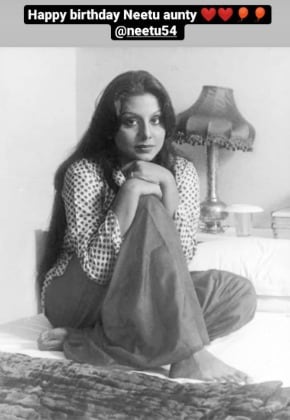 Karisma Kapoor picked a recent photograph of Neetu Kapoor to wish her on social media. She posted a picture from Neetu Kapoor's 62nd birthday celebrations, in which the actress can be seen wearing a black shirt and trousers, and wrote: "Happy birthday, Neetu aunty." 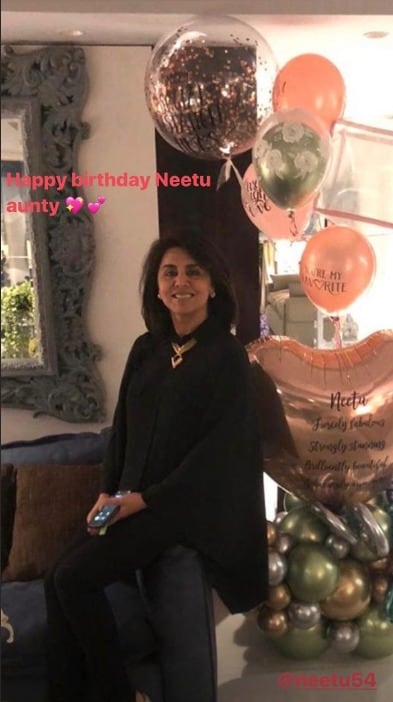 Kareena and Karisma Kapoor are the nieces of Neetu Kapoor's late husband, actor Rishi Kapoor, who died at the age of 67 in a Mumbai hospital on April 30 this year.

Alia Bhatt, who is dating Neetu and Rishi Kapoor's son, actor Ranbir Kapoor, also shared a heart-warming birthday greeting for Neetu Kapoor on Tuesday. She posted a black and white throwback picture of the actress and accompanied it with this sweet message: "Happy birthday. You have and always will inspire me every single day. Love you too much!" 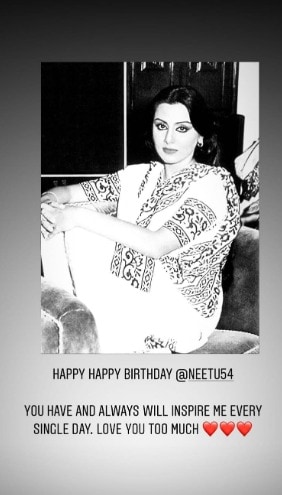 Anushka Sharma, who worked with Rishi Kapoor in Patiala House and with Ranbir in Sanju, Bombay Velvet and Ae Dil Hai Mushkil, wished Neetu Kapoor with these words: "Happy birthday, your spirit and positive outlook towards life is special and inspiring. Wishing you lots of peace and happiness on your day." 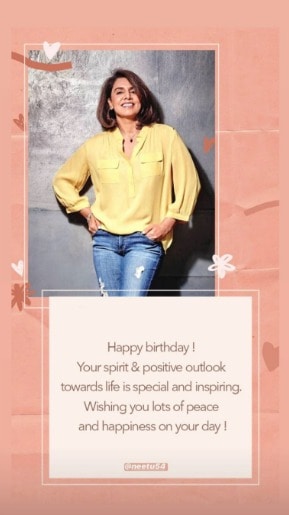 Who Is Deep Sidhu? Actor Blamed By Farmers For Tractor Rally Violence