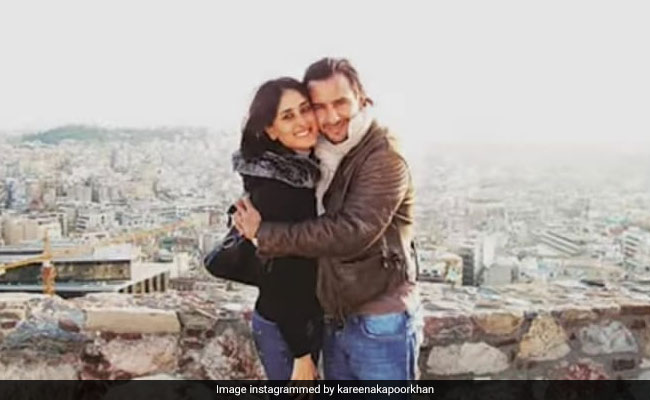 Mom-to-be Kareena Kapoor made a trip down memory lane on Saturday and dug out an old photograph of herself and her love, husband Saif Ali Khan, from the year 2008. For those who know a little about Kareena and Saif's love story, the actress fell in love with him while shooting their 2008 film Tashan, parts of which were filmed in Greece. Saif even proposed to her at that time. In the throwback picture, Karena Kapoor and Saif Ali Khan can be seen happily posing for the camera while hugging each other. Sharing the picture, the actress wrote: "My love and me at the Acropolis. Athens 2008." Now you know where it all started.

Check out the loved up photo of Kareena Kapoor and Saif Ali Khan from Greece here:

My love and me at the Acropolis Athens 2008

Last year, in an interview to Pinkvilla, Kareena Kapoor revealed that proposed to her for the first time in Greece, where they were filming Tashan. He again asked her to marry him during the film's Ladakh schedule. "He did tell me that 'I think we should get married.' He told me that in Greece and he told me once in Ladakh as well that 'We will make a great couple.' And, at that time I was like, 'I don't know because I don't know you.' So, it was not really a 'no' but it was more like, 'I want to know you better.' I think I made the best decision of my life," she said in the interview.

Kareena Kapoor and Saif Ali Khan got married on October 16 in 2012. The couple, who welcomed son Taimur in December 2016, are expecting second child together.

Kareena Kapoor will next be seen in Karan Johar's period drama Takht and Laal Singh Chaddha, in which she will share screen space with Aamir Khan.