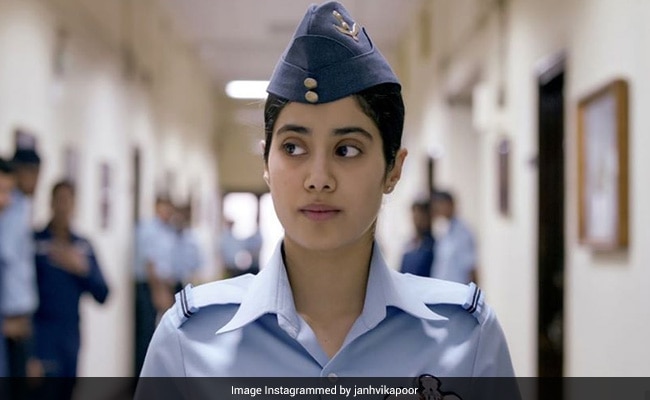 Actress Janhvi Kapoor, who is basking in the success of her new film Gunjan Saxena: The Kargil Girl, shared an appreciation post on Instagram and said that it is "a journey she will always be eternally grateful for." Janhvi Kapoor, who played the eponymous character in the movie, shared BTS pictures from the filming, one of which also showed the lengths to which she went to prepare for her role. "The best memories. A journey I will always be eternally grateful for; for the people I met along the way, and for everything I felt and learnt," Janhvi Kapoor wrote. On Instagram, Janhvi Kapoor and director Sharan Sharma are being applauded for their movie by celebrities and film critics alike.

The best memories. A journey I will always be eternally grateful for; for the people I met along the way, and for everything I felt and learnt

Janhvi Kapoor, daughter of late actress Sridevi and producer Boney Kapoor, was launched by Karan Johar in Dhadak. Janhvi's Gunjan Saxena: The Kargil Girl is also produced by Karan Johar's Dharma Productions. After Gunjan Saxena: The Kargil Girl, Janhvi will be seen on two Dharma Productions films - Dostana 2 and Takht. She will also been in Roohiafza opposite Rajkummar Rao.

Gunjan Saxena: The Kargil Girl is based on the life of Gunjan Saxena, who was one of the first two female pilots to fly in a war zone. The film missed its date with the big screen after the shutdown of theatres because of the coronavirus pandemic.