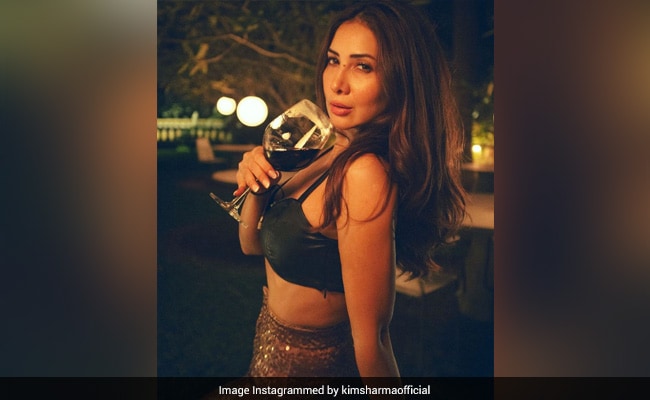 Happy birthday, Kim Sharma. The actress turned 41 on Thursday but her latest picture from her birthday celebrations proves that age is just a number for her. Kim Sharma rang in her birthday with her family and close friends in Goa. On her Instagram profile, she posted a picture of herself and she looks every bit of amazing in it. Kim can be seen sporting a black top and gold trousers and holding what appears to be a glass of wine in her hand while posing for the camera in her post. "Happy birthday to me. #41," she wrote in the caption.

On Tuesday, Kim Sharma summed up her "pre birthday feels" with throwback pictures from her Maldives vacation. Take a look at them:

A couple of days ago, Kim Sharma posted a million-dollar throwback picture of herself and wrote: "#fridayflashback circa 2002 My first shoot with Krishna NandaI...miss you so bloody much." Here's the photo we are talking about:

In terms of work, Kim Sharma made her debut with Mohabbatein and went on to feature in several films such as Nehlle Pe Dehlla, Tom, Dick And Harry, Kehtaa Hai Dil Baar Baar and Padmashree Laloo Prasad Yadav. She was last seen in Sushmita Sen's Zindaggi Rocks, which released in 2006. Kim Sharma also made a special appearance in SS Rajamouli's Magadheera, which starred Ram Charan in the lead role.