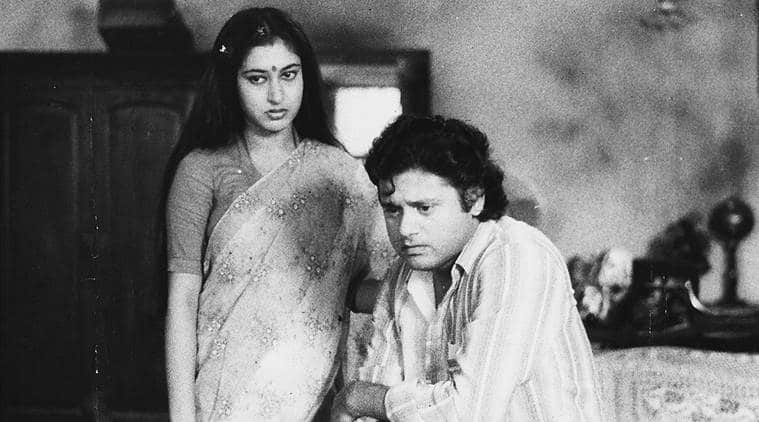 Paul with Satabdi Roy in a still from the film. (Photo: Abishkar)

Forty years ago, Tapas Paul gave Bengali cinema a prototype — the bumbling, good-natured bhalo chhele (good boy). It was his breakthrough role in Tarun Majumdar’s Dadar Kirti (1980), where he played the perpetual bechara with a blend of integrity and naiveté. It was an image that endeared him to the audience, and stuck because of his subsequent films. In Tobu Mone Rekho (1994), for instance, he played a meek young man who is exploited by his stepmother. In Kori Diye Kinlam, he played the good-natured loser. For a generation of Bengalis, Paul, who passed away late Monday night of cardiac arrest, was almost always the wronged man. He was 61.

But this benign image was to shatter in 2014. A controversial video, where he threatens murder and rape of people who mess with Trinamool workers, emerged. It made him fall into the mould of the stock-in-trade corrupt politician of Bengali potboilers. By then, he was a seasoned leader of Trinamool, having joined the party in 2001. His political persona, Bengal was to realise, would end up being the exact opposite of his onscreen one.

Paul often drew flak for his aggressive rhetoric. In December 2016, he was arrested by the Central Bureau of Investigation in connection with the multi-crore Rose Valley chit fund scam and got bail only after being incarcerated for 13 months. For the Bengali film audience, this was a bit much to digest.

“In films such as Bhalobasa Bhalobasa (1985) and Kori Diye Kinlam, he consolidated that image. He was the guy next door that Bengali men can identify with. Which is why it was difficult to make peace with his political image,” says film historian Sanjay Mukhopadhyay.

In a career spanning 40 years, Paul gave Bengal different versions of his breakthrough role. His Bollywood debut, Abodh (1984), also Madhuri Dixit’s debut film, was a resounding flop. And that was the end of the road for him in the Hindi film industry. At times, he played second fiddle to the reigning superstar of Bengali film industry, Prosenjit. Mostly through the 90s, in Anjan Chaudhury family dramas, Paul played the ever-suffering elder brother to Prosenjit’s avenging younger brother. In these films, Paul, more often than not, fell prey to scheming politicians and duplicitous scammers. It was not until arthouse filmmaker, Buddhadeb Dasgupta cast him in his homoerotic film, Uttara (2001), that Bengali film audience realised that there is still a sensitive actor residing in him. Dasgupta cast him again in Mondo Meyer Upakhyan (2002). Aparna Sen, who worked with him in Kori Diye Kinlam (1989), remembers him as the bhalo chele who endeared himself to a generation of Bengalis. “It’s sad how he changed after joining politics. He was such a sweet boy,” says Sen.