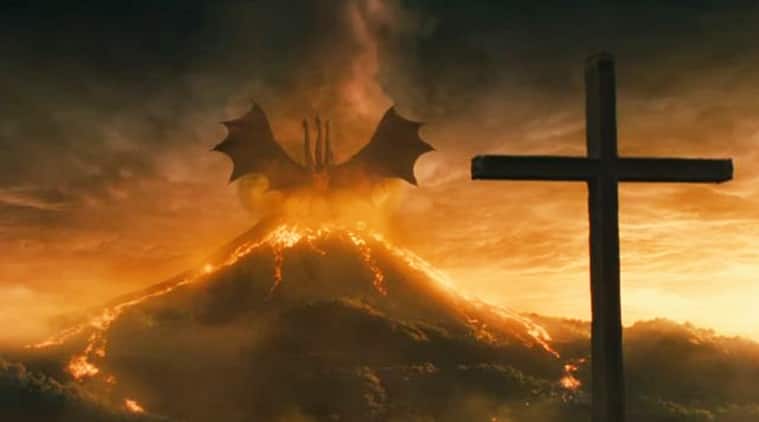 The final trailer for Godzilla: King of the Monsters is out and it looks like the film will be a pure visual delight. One of the most noticeable things about the two-minute trailer was its background score, which seemed to tell a different story than the one which appeared on screen. The music was soft and soothing, while the visuals were anything but that.

When an unknown and majestic looking beast threatens to turn the planet upside down, Vera Farmiga’s character urges everyone to call the original king of monsters, Godzilla, to help them fight the war.

The makers have shared glimpses of the epic battle which will take place between Godzilla and King Ghidorah. From the looks of it, they have spared no expense in shelling out cash for CGI as the monsters truly look every bit fearful as one might have imagined them to be.

Check out the trailer here:

Godzilla: King of the Monsters is the third chapter in the Monsterverse of Warner Bros after the success of Godzilla and Kong: Skull Island.

“The new story follows the heroic efforts of the crypto-zoological agency Monarch as its members face off against a battery of god-sized monsters, including the mighty Godzilla, who collides with Mothra, Rodan, and his ultimate nemesis, the three-headed King Ghidorah. When these ancient super-species—thought to be mere myths—rise again, they all vie for supremacy, leaving humanity’s very existence hanging in the balance,” reads the film’s synopsis.

The film features Vera Farmiga, Kyle Chandler, Millie Bobby Brown and Bradley Whitford among others in pivotal roles. It will release on May 31.