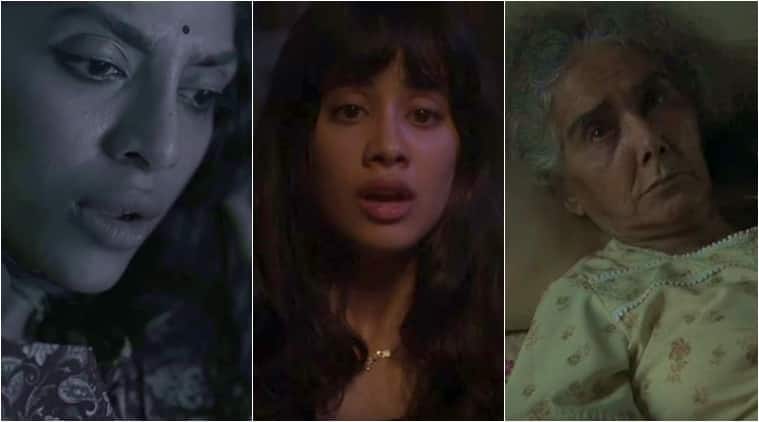 Ghost Stories will begin streaming on Netflix from January 1, 2020.

What happens when your fears find you? This is what four ace Bollywood filmmakers Karan Johar, Dibakar Banerjee, Zoya Akhtar and Anurag Kashyap are set to show us in their upcoming anthology film Ghost Stories.

After leaving fans excited with a clip in November, the makers on Friday released a teaser. In the video, we see snapshots of the four segments that only make us more curious. While some show its lead actors caught in a tense situation like an encounter with a ghost, others have them doing eerie things like feeding a doll. The teaser promises a scary yet interesting watch.

Karan took to Twitter to share the announcement clip, where all the directors give a glimpse of their respective short stories.

“You know, last year we did ‘Lust Stories’ and we had so much fun. You all saw that and enjoyed, and we decided to go one step further. Something that has changed things for all of us. We ventured into a space that none of had been in before,” they said in the short clip.

Who knew that the beginning of the year would give us a scare? We're screaming all the way till 1st January 2020.

Big B Repeats Cuss Phrase After Comment On "Advertising" For Hospital