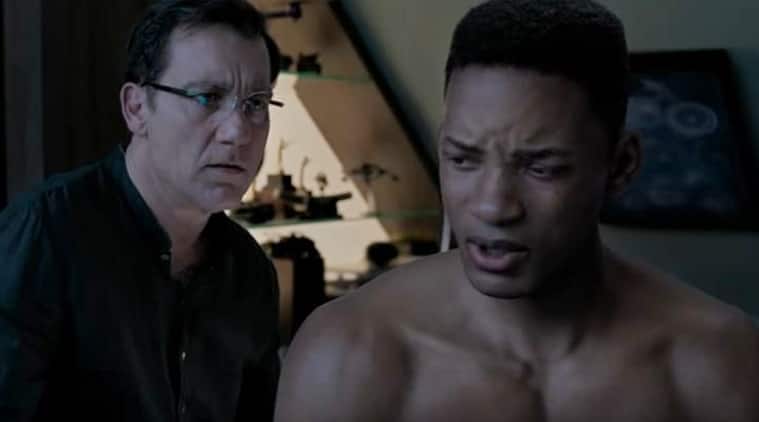 The first teaser trailer of Will Smith starrer Gemini Man is out and it promises a film with an engaging storyline.

The Ang Lee directorial will see Smith as an assassin who will face his biggest fear in the form of his younger version. “25 years ago, they made you from me,” an older Smith informs his clone in one of the sequences of the clip which seems to convey much of the narrative.

Will Smith, who was last seen in critically panned Netflix film Bright, had taken a year-long break from movies. The star is in need of a big success right now and only time will tell whether Gemini Man will be able to do the trick. Smith is also awaiting the release of the live-action version of Disney’s Aladdin wherein he plays the genie.

Meanwhile, filmmaker Ang Lee is also in desperate need of a big hit after the failure of his 2016 movie Billy Lynn’s Long Halftime Walk.

Check out the trailer here:

“Gemini Man is an innovative action-thriller starring Will Smith as Henry Brogan, an elite assassin, who is suddenly targeted and pursued by a mysterious young operative that seemingly can predict his every move. The film is directed by Academy Award®-winning filmmaker Ang Lee and produced by renowned producers Jerry Bruckheimer, David Ellison, Dana Goldberg and Don Granger. Also starring are Mary Elizabeth Winstead, Clive Owen and Benedict Wong,” reads the film’s synopsis.