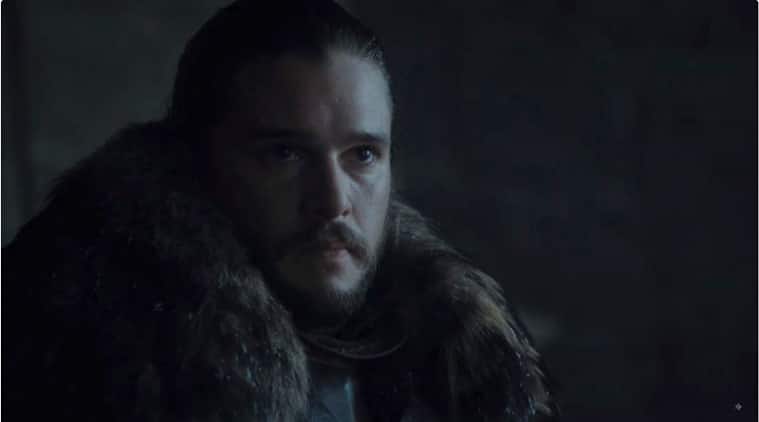 The first episode of Game of Thrones’ final season had Samwell Tarly dropping the bombshell of Jon Snow’s true parentage on him. Jon now knows he is the son of Rhaegar Targaryen and Lyanna Stark, and not the bastard son of Eddard Stark as he was told.

Since Rhaegar and Lyanna married, he is also something more. Being the only surviving trueborn son of the prince, after all, makes him the heir to the Iron Throne, since the said prince is dead and he is next in line. Daenerys Targaryen is the sister of Rhaegar, and is thus not in the direct line.

Daenerys, as opposed to what people in Westeros thought, is not the last Targaryen. Also, Jon has a stronger claim to the throne than Dany or anybody alive. The Targaryens ruled Westeros for hundreds of years before Robert’s Rebellion overthrew them.

Since Jon was a result of Rhaegar and Lyanna’s consensual relationship and marriage, we now know that Robert’s Rebellion, as Bran put it in the last season, was built on a lie. Robert destroyed the Targaryens as he thought Rhaegar kidnapped and raped Lyanna (Lyanna was betrothed to Robert).

Well, the war was still justified in our opinion because Dany and Rhaegar’s father, the Mad King Aerys Targaryen did burn Ned’s father and brother, Lord Rickard Stark and Bran Stark, alive when they demanded Lyanna to be freed.

His ancestry may also be important to the overarching conflict between the dead and the living.

It is believed that the reason why Rhaegar proposed and married Lyanna was to have a child who would be the saviour of the living in the great war to come against the Night King and his army of the dead. Azor Ahai or The Prince Who Was Promised saved the realm from the White Walkers thousands of years ago.

Rhaegar believed his child with Lyanna would be Azor Ahai reborn. And Jon has shown capability against the undead before. He even killed a White Walker in a one-on-one duel.

The title of the book series, A Song of Ice and Fire, is also said to refer to Jon Snow, who was born of the union between Fire (Rhaegar Targaryen) and Ice (Lyanna Stark), practically making him the primary character.

Game of Thrones season 8 airs on Star World. It is also streaming on Hotstar.