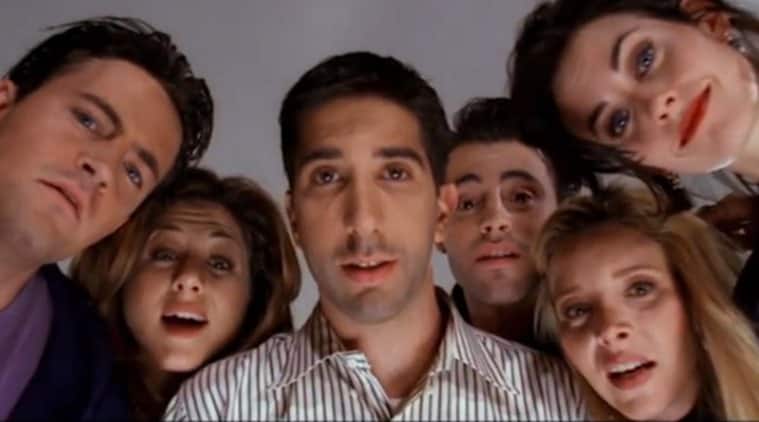 Friends cast Jennifer Aniston, Courteney Cox, Lisa Kudrow, Matt LeBlanc, Matthew Perry and David Schwimmer will reunite for an unscripted special on HBO Max. The cast comes together after almost 16 years of ending of the most popular television sitcom. Friends first started airing in 1994 and ended in 2004.

Jennifer Aniston, and other actors of the series, shared a photo featuring the entire star cast and wrote, “It’s happening… ” and since then, fans have not been able to keep their calm.

As per Variety, the cast will return to the original Friends soundstage, Stage 24, on the Warner Bros. Studio lot in Burbank to celebrate the long-running series, which ended its run in 2004.

HBO Max gave a sneak-peek into the content it is all set to offer on the platform, which starts streaming from May onwards. It will also stream all ten seasons of Friends, which was streaming exclusively on Netflix until 2019. In fact, it was one of the most-watched shows on Netflix. 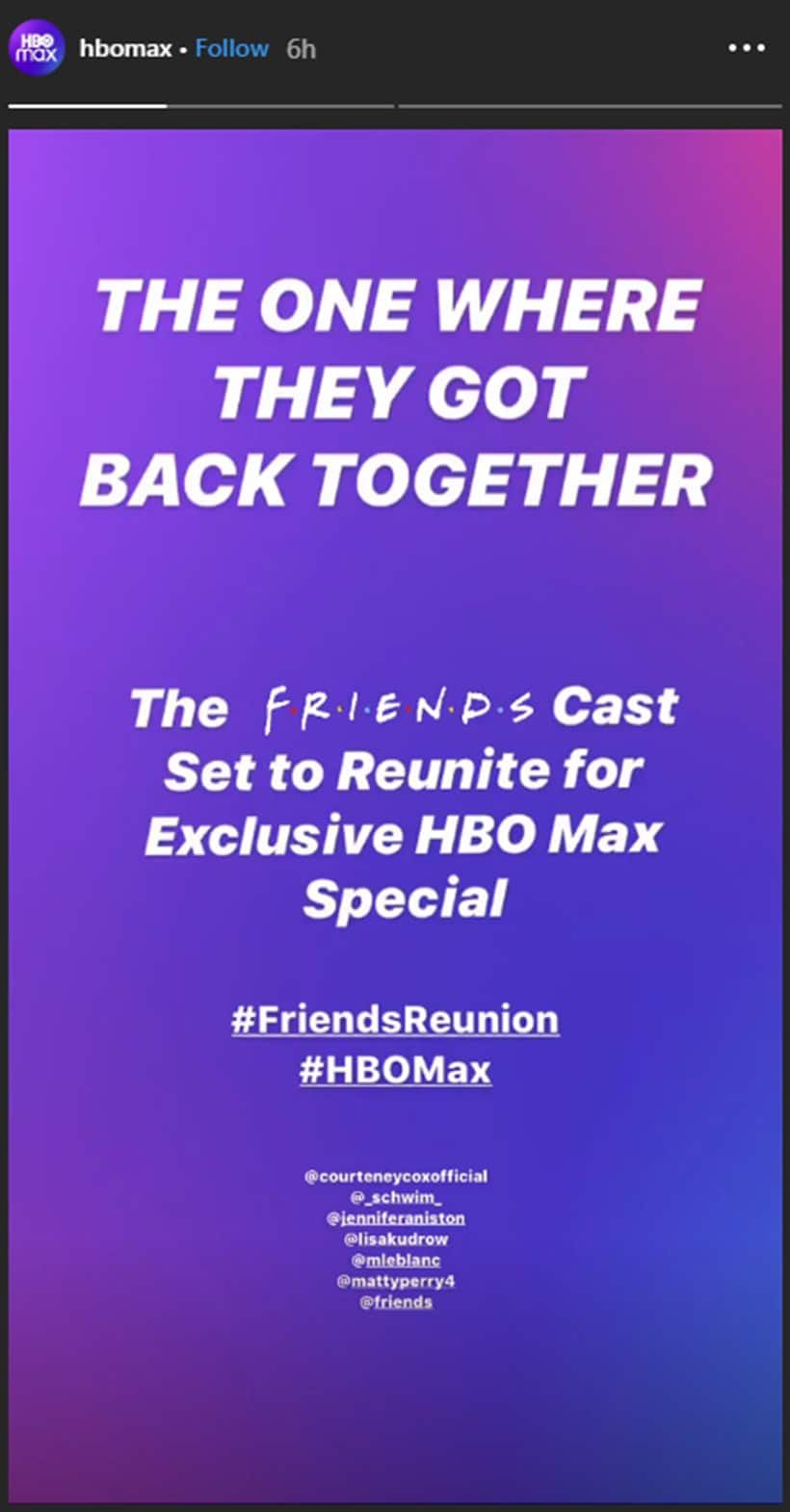 “Guess you could call this the one where they all got back together — we are reuniting with David, Jennifer, Courteney, Matt, Lisa, and Matthew for an HBO Max special that will be programmed alongside the entire ‘Friends’ library,” said Kevin Reilly, chief content officer at HBO Max and president of TBS, TNT, and truTV, in a statement.

“I became aware of Friends when it was in the very early stages of development and then had the opportunity to work on the series many years later and have delighted in seeing it catch on with viewers generation after generation. It taps into an era when friends – and audiences – gathered together in real-time and we think this reunion special will capture that spirit, uniting original and new fans,” Reilly added.

Aniston, Cox, Kudrow, LeBlanc, Perry, and Schwimmer are also executive producing the special, with Emma Conway and James Longman on board as co-executive producers.