For Saif, Working After 8 PM Means 'Taking Away Time From Taimur' 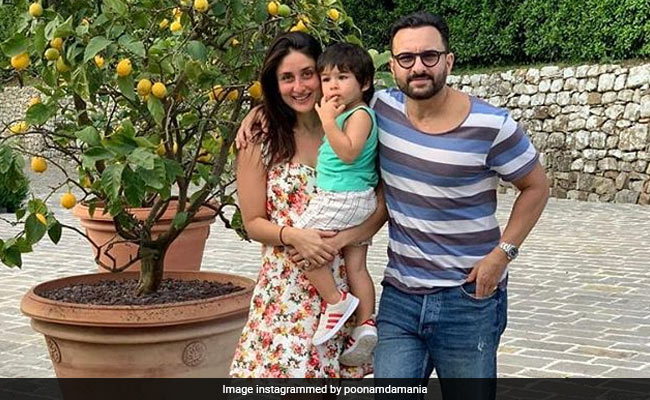 Actor Saif Ali Khan opened up about balancing work and family time in an interview with Bombay Times recently. Speaking to the publication, the 48-year-old actor said he always tries to wrap work by evening so that he gets to spend some quality time with his two-year-old son Taimur: "When I come home after work and find Taimur sleeping, I feel bad. We shoot long hours, but if I haven't packed up even after 8 PM, I feel uncomfortable because it means taking away time from my son," the publication quoted Saif Ali Khan as saying. Taimur was born to Saif and Kareena Kapoor in December 2016. Actress Sara Ali Khan and Ibrahim are Saif's children with his first wife Amrita Singh.

Saif, who is busy with the shooting of the second season of Sacred Games, also told Bombay Times that his parents Sharmila Tagore and Mansoor Ali Khan Pataudi imbibed a sense of "respecting family space" in him: "In my growing-up years, my parents taught me about the importance of respecting family space. My father was a cricketer and mother is an actress, and they both had hectic schedules. However, we learnt that it is important to talk about other things, too, at home and that's how life becomes beautiful."

In his interview, Saif Ali Khan also summed up certain cons of being a movie star: "Behind our outwardly glamorous lives, there is a long list of missed birthdays, anniversaries, and new year holidays. In that sense, working on TV is harder and more intense than doing a film. Life goes on pretty fast and time flies. And I really feel that if you can't spend time with family and loved ones it is really a waste."

In 2016, Kareena Kapoor had jumped right back to work within just a few months of Taimur's birth. At that point, a section of the Internet trolled her for "neglecting" Taimur. Veere Di Wedding was Kareena's first film after Taimur was born. The actress also recently told mid-day in an interview that she has a strict 8-hours only working rule for Dance India Dance: "I made it clear that I don't work for more than eight hours because of my son (Taimur). Sometimes, I can make an exception of working up to 12 hours. The makers have been kind and worked out everything the way I wanted." Kareena marked her TV debut as one of the judges on the dance reality show.

Miheeka's Post For Rana Will Turn You Into Mush. Bonus: More Wedding Pics

Kissing On Screen Is "Scary" But Having Karan As Co-Star Helps: Bipasha