Flanked by the Best Boys: Shweta, Abhishek Bachchan on Koffee with Karan 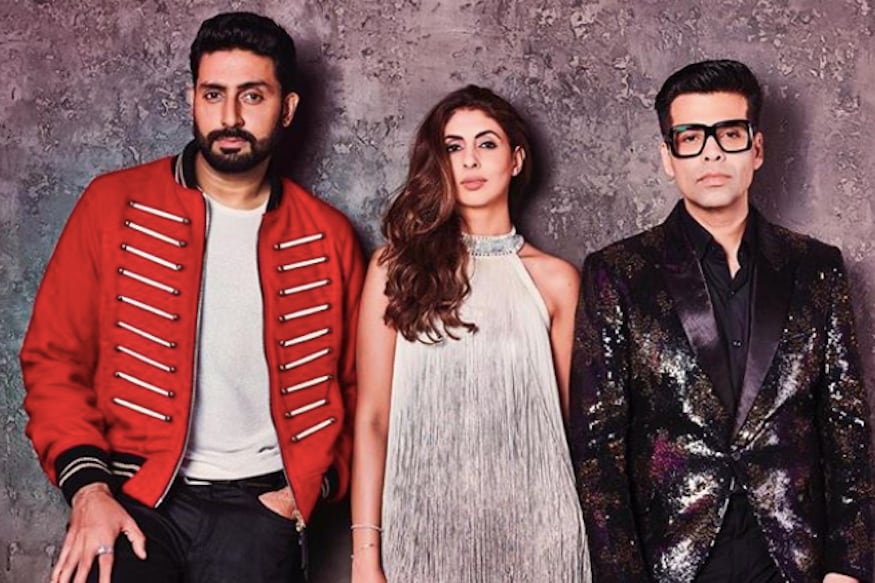 After having had the biggest of Bollywood stars talk about their personal life and careers on his infamous coffee couch, Karan Johar shot with celebrity siblings Abhishek Bachchan and Shweta Bachchan Nanda on Wednesday for his popular talk show Koffee with Karan.

Taking to Instagram, Karan shared several photos from the shoot on Wednesday. Donning a black glitzy coat by Abu Jani Sandeep Khosla and large black frames, he looks glamourous as ever. While Abhishek is dressed in a quirky red jacket, Shweta sports a tasseled top by her newly-launched brand MxS.

“With my childhood buddies !!! The most wonderful siblings ever!” Karan captioned one of the photos that has all three of them posing for the camera.

He captioned another with only the Bachchan siblings as, “Bachchans in the koffee house!!!!”

Abhishek also shared the image and wrote, “Cuppa Joe with the elder sister and brother.”

Shweta, meanwhile, shared a candid shot of the three of them and wrote, “Flanked by the best boys!!”

Abhishek will next be seen with wife Aishwarya Rai Bachchan in Gulab Jamun, an Anurag Kashyap production.