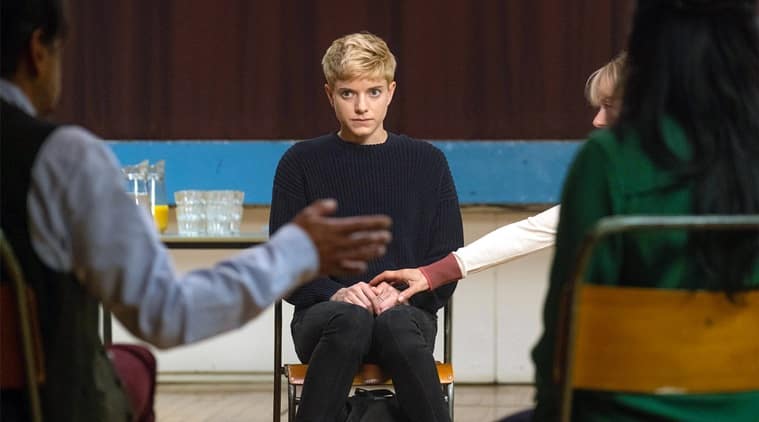 Sometimes we have so many things to watch on streaming platforms that a few underrated gems slip by us. And a few other shows are hardly promoted by the platforms themselves. Netflix series Feel Good, created by and starring Canadian comedian Mae Martin, is an example in case. It also features Charlotte Ritchie, Lisa Kudrow, Sophie Thompson among others in pivotal roles.

Feel Good deals with mental health, LGBTQIA rights, addiction issues and of course, love. Basically, everything that you deem of significance is tackled during the show’s run. And tackled how! Feel Good could have just been an intense show about intense emotions. But it is so much more than that. This is primarily because the makers were clever enough to understand that to convey something complicated, you need to break things down, make it more palatable for the audience.

Palpable chemistry of the leads

Mae Martin and Charlotte Ritchie play Mae and George, respectively, on the show. While Mae is openly gay (and later identifies herself as gender fluid on the show), Charlotte’s George has a hard time coming out to her loved ones. In fact, she sometimes fears whether Mae is the only girl she likes and that she is actually straight. However, when they are together, there is an easiness and comfort that the two feel around each other, which the actors have managed to portray incredibly well. They make you root for their characters’ often problematic relationship, and show us that there is no one way to know and understand love. If that is not a job well done, what is?

While the show is all about our ladies in charge, it will be unfair not to mention how brilliant Lisa Kudrow is as Mae’s overly critical mother Linda. Linda’s character is one of a kind as it walks the thin line of rude humour and offensive behaviour in general. A line that Lisa walks well. But what the viewers come to know late in the series is Linda’s heart, which is that of a quintessential, caring mother. Basically, Lisa has a lot to play with, but she only gets a limited time frame to do that. Feel Good has been co-created by comedian Mae Martin (right).

Feel Good shows us that to feel vulnerable is completely normal. It shows us how isolated and misunderstood can a person feel despite being in what is seemingly a loving relationship. What is remarkable is how much Feel Good manages to show and achieve, given that the first season only consists of six episodes, with each one spanning a period of only 25 minutes or so.