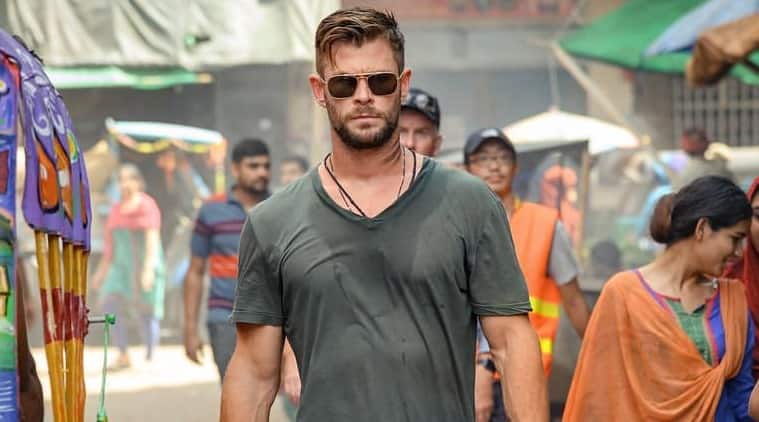 The first look of Chris Hemsworth’s Netflix film Extraction was released on Wednesday. Hemsworth is reuniting with his Avengers: Endgame directors Anthony and Joe Russo. The Russo brothers have produced the thriller along with Mike Larocca, Eric Gitter, Peter Schwerin and Hemsworth.

Extraction was previously titled Dhaka. In the first look photo, Hemsworth seems to be walking through the streets of Dhaka.

The show’s tagline reads “When the mission ends, redemption begins.” As per the official synopsis, the plot of Extraction revolves around Hemsworth’s Tyler Rake, a fearless black market mercenary who “embarks on the most deadly extraction of his career when he’s enlisted to rescue the kidnapped son of an imprisoned international crime lord.” Extraction has been in production since 2018 and was shot in Ahmedabad and Mumbai in India along with Bangkok and Phuket. Hemsworth had throughout its shooting shared a lot of behind-the-scenes clicks. Several images from the sets had also got leaked on the internet leaving fans excited.

Here are some photos and videos shared by Chris Hemsworth during the shooting of Netflix film Extraction in India:

Week one down here in India. By far some of the most intense action sequences I’ve been apart of and the heat certainly adds an edge to it but damn we’re getting good stuff!! gonna be unreal. The first shot is of our director, the insanely talented Sam Hargrave 👍👍🤙🤙 #Netflix pic.twitter.com/Ws04AwrID1

That’s a wrap for the India portion of our shoot, next stop Thailand. Cant say enough how grateful we are to the people of India for letting us run riot through the streets while shooting what I think could be some of the most intense and exciting action sequences ever done. Our director @thesamhargrave is bringing it to a whole new level 💪💪🤙👍👍 #netflix #india

Set to premiere on April 24, Extraction has been directed by debutant Sam Hargrave. He has previously worked as a second unit director on films like Avengers: Infinity War, Atomic Blonde and The Accountant.

Extraction would be Chris Hemsworth’s return to action after playing Agent H in Men in Black: International last year.