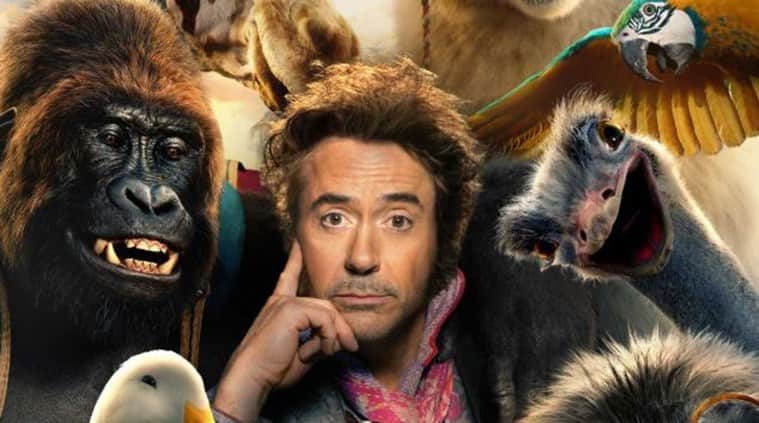 The first look from Robert Downey Jr starrer fantasy comedy movie Dolittle is out. Shared by the movie’s official Twitter account, it is a poster that shows Downey Jr surrounded by some very happy animals. The poster is accompanied by the caption, “He’s just not a people person. #DolittleMovie.”

The film was previously titled The Voyage of Doctor Dolittle to Dolittle.

The film is based on the character Doctor Dolittle created by late English author Hugh Lofting. The character has been adapted twice, once in 1967 starring Rex Harrison and then the 1998 film Dr. Dolittle starring Eddie Murphy that spawned a franchise.

While the character is British, Downey Jr has played a quintessential British literary character Sherlock Holmes in Guy Ritchie movies to critical acclaim and financial success.

Stephen Gaghan is directing the film from a screenplay he has penned with Thomas Shepherd.