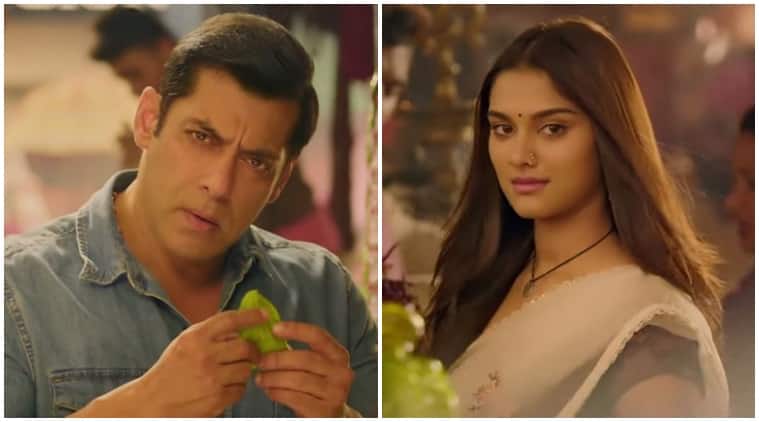 Dabangg 3 is set to release on December 20.

The music video for the Dabangg 3 song “Naina Lade” released recently and it features Salman Khan and debutante Saiee Manjrekar. It looks like Saiee plays the role of Chulbul Pandey’s former lover, Khushi.

The lyrics and video are quite reminiscent of the song “Tere Mast Mast Do Nain” from Dabangg. While the song’s lyrics are nothing to write home about, the song is elevated by the good cinematography and pleasing vocals by Javed Ali. Sajid Wajid have composed the music.

Dabangg 3 is the third iteration in the Dabangg franchise. Sonakshi Sinha and Arbaaz Khan reprise their roles from the previous film, while Kannada actor Sudeep plays the antagonist.

The team of the film also shot for their Bigg Boss promotional episode yesterday.

Dabangg 3 is set to release on December 20.