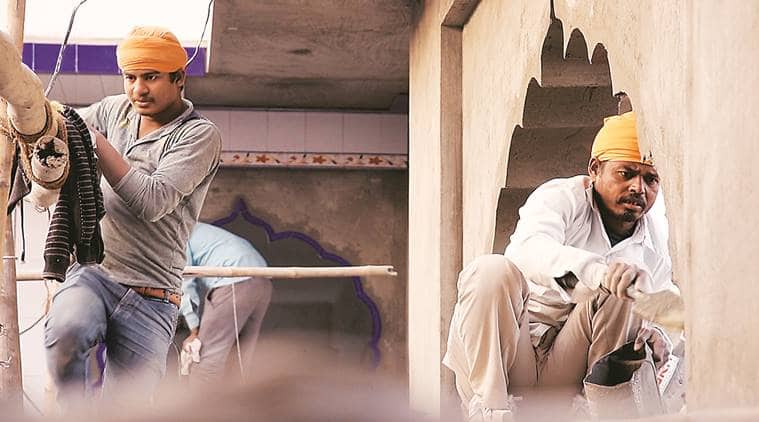 Sikendra Risidev is on a train to his home in Bhargama, Bihar. A daily-wage labourer, he shares how he’d like be home in his village than stay as a migrant in Punjab or Delhi, since he has to choose between sending his children to school and tilling the land. As the train weaves its way, the landscape changes from the busy city life to quiet green fields, and one gets a glimpse at what he’s compelled to leave behind. Sikendra: A Life in Transit, is a short film on the life of a circular migrant, who moves from one city to another in search of employment.

At a discussion “Life on the move: Addressing the concerns of circular migrants in India” last week in Delhi, organised by Centre for Equity Studies (CES), the film was a starter to conversations on and by migrants. It presented what urbanism does to our cities and villages, to its people, relationships and our way of life. The film is a 15-minute glimpse into the life of Sikendra, a mason who builds gurdwaras in Punjab. “It’s a life of danger. We stand on a scaffolding that’s nearly 200 feet high. And if we were to fall or injure ourselves, there’s nobody to help,” says Sikendra in the film. Working on the dome of the gurdwara is a skill that locals in Punjab are not adept at, that’s where people like Sikendra come in. He belongs to the Rishidev community, a sub-caste of the Musahars. In his village, he’s an untouchable and cannot enter the temples. 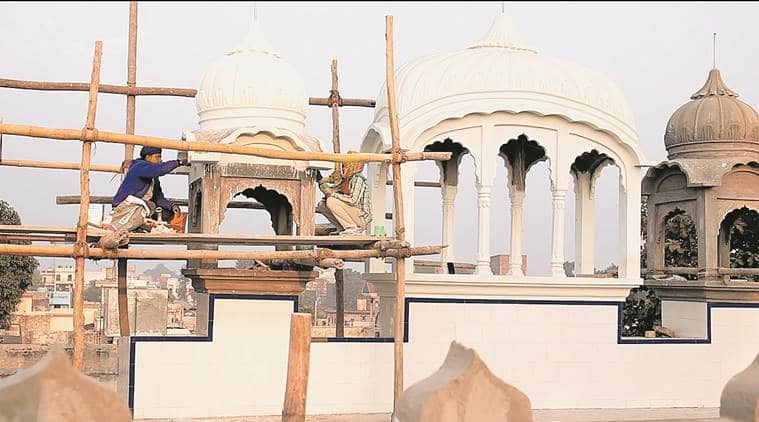 The film says that an estimated 60-100 million people migrate from rural areas to urban markets in India, with the construction industry recruiting the largest numbers. Supervised by filmmaker-writer Natasha Badhwar, the film was supported through a grant by Indrajit Roy, lecturer at York University, UK. Mentored by CES co-founder Harsh Mander, researcher Ankur Jaiswal and cameraperson Sandeep Yadav spent two weeks travelling with Sikendra and his team to capture their life, from the city to the village. Jaiswal points to two primary ways that migrants find work in construction — through a contractor, in which case he keeps part of the wages, or at a labour chowk. Either case, the pay is usually between Rs 400-Rs 600 for a 12-hour job in a city like Delhi. It varies from place to place, also based on the kind of job, age and gender profile of a migrant.

“Sometimes they’re lucky to get a mentor or a senior who finds a favour and may push them higher up the rung. That’s how Sikendra learnt masonry. But they cannot get off this wheel in life. His father broke his back doing hard labour and Sikendra had to step in,” says Jaiswal. Primarily landless, most migrants arrive in the city for seasonal work and daily cash. It means they cannot anchor themselves in any city, have no access to constitutional rights and often live like bonded labour.

“The common refrain among these migrants is that ‘we don’t belong’. That’s not because they don’t feel at home here with their people who live with them, but it’s the attitude of the public and the contractors that is demeaning. They prefer working in a place like Kashmir, where they are treated with respect, given shelter, food and pay on time and made to feel comfortable.

The film shows Sikendra as a hero, who braves his destiny and hopes for a better tomorrow.