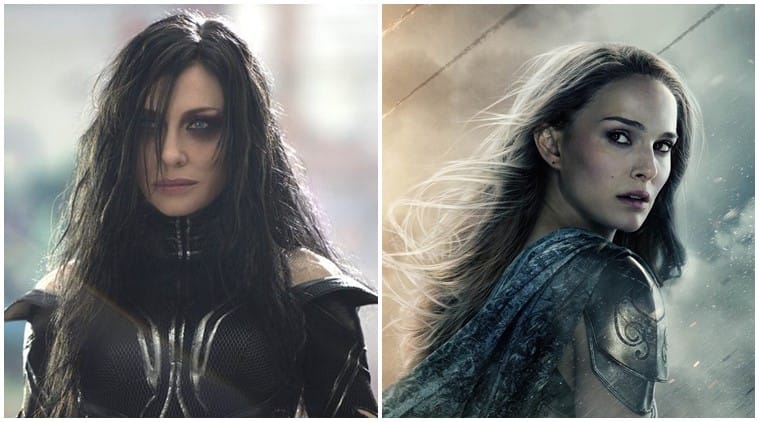 At the San Diego comic-con last month, Marvel Studios had revealed that a fourth installment in the Thor franchise in in the works with Taika Waititi returning as the director and Chris Hemsworth as God of Thunder.

During the announcement Waititi had said that Portman’s character (Jane Foster) in the film will have a female Thor arc.

“I’m so, so excited. I’m so looking forward to seeing it, because I absolutely loved seeing them all with my kids.

“…(Portman) has been an incredible advocate for feminising that universe. It’s right and true that those franchises should be actually cutting-edge, because that’s traditionally what (comics) have done. To know that Natalie is going to have such a pivotal role is really exciting,” Blanchett told Entertainment Tonight.

The actor, who played Hela, the goddess of death, in Thor: Ragnarok, said she would like to face Portman’s lady Thor at some point in the Marvel Cinematic Universe (MCU).

The 50-year-old actor, however, said not Thor but Brie Larson-fronted Captain Marvel is her favourite MCU movie.

“I really, really loved Captain Marvel. No offence, (Waititi), but it was probably my favourite,” she added.

Apart from Portman taking over the Asgardian reign, Thor: Love and Thunder will also become the first MCU film to feature a LGBTQ+ hero in Tessa Thompson’s Valkyrie.

The movie is slated for a November, 2021 release.