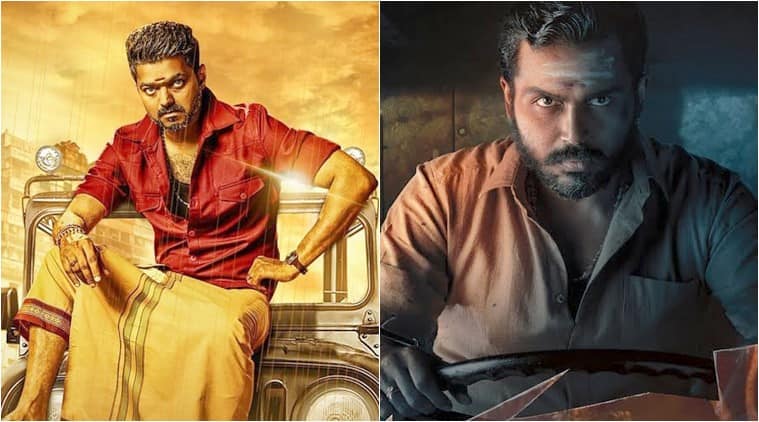 Whether or not Bigil and Kaithi will clash at the box office this Diwali was one of the highly debated topics of the Tamil film industry recently. On Thursday, the filmmakers of both the films put all speculations to rest by officially announcing the release dates.

At 5PM on Thursday, producer SR Prabhu of Dream Warriors Pictures confirmed that Kaithi will be hitting screens in Tamil and Telugu on October 25. Exactly, an hour later, Archana Kalpathi of AGS Cinemas, announced that Archana Kalpathi of Vijay’s most-awaited film Bigil will also open in cinemas on the same day.

“The day we were all waiting for Our #Thalapathy’s #Bigil will hit screens worldwide on 25th October 2019 (sic),” tweeted Archana.

Speculations were rife that the stakeholders of the industry were considering options to avoid releasing Kaithi and Bigil on the same day. However, the box office clash was inevitable given that Diwali is too big a festival in Tamil Nadu to give it a miss. It is believed that films that release on this festival register 10 percent higher collections as theatres in rural areas see a spike in the number of footfalls during the holiday.

The bright side is the Tamil Nadu theatre circuit is equipped to accommodate two tent pole films at a time.

Starring Karthi in the lead role, Kaithi is directed by Lokesh Kanagaraj. The fast-paced action film is set in the backdrop of chaos that follows a prison break.

Meanwhile, Vijay’s Bigil is an out-and-out commercial film, which is directed by Atlee. Billed as a sports drama, it marks the third collaboration between the actor-director duo after Theri and Mersal.