Many Indians Keen On Going To UK To Get Covid Vaccine: Travel Agents 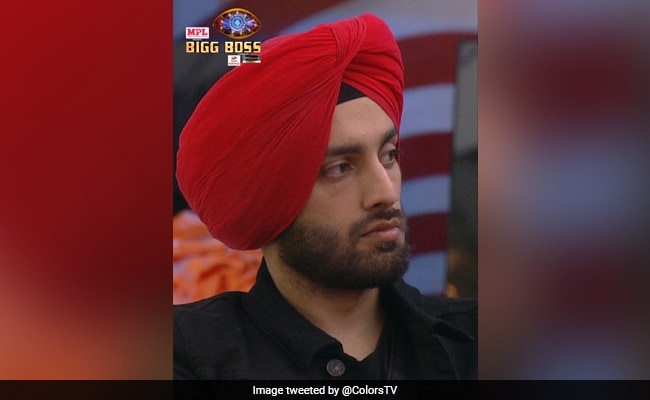 Bigg Boss 14: Shehzad Deol in a still from the show. (courtesy ColorsTV)

Bigg Boss 14 host Salman Khan began the "Somvaar Ka Vaar" episode by carrying forward the eviction drill. On Sunday's "Weekend Ka Vaar" episode, Salman Khan announced that Abhinav Shukla, Shehzad Deol and Jaan Kumar Sanu are in the bottom three. The elimination process was done by the inmates, who had to pick a name that would have to leave the show. The final decision was left to the "seniors" of the show - Hina Khan, Gauahar Khan and Siddharth Shukla. Initially, Siddharth was reluctant to evict anyone as he thought the bottom three contestants were equally worthy. However, they unanimously decided to evict Shehzad Deol. Much to everyone's surprise, Salman Khan announced that there will be no elimination in tonight's episode. However, Shehzad was given the status of an "invisible" member, which means that he will not be confirmed any time soon and will not be allowed to take part in any decision-making process until the next announcement.

In another segment of the show, Salman Khan gave a task to the seniors. They were asked to choose who among the freshers that they would want to see in the show. Between Rubina Dilaik and Eijaz Khan, the seniors picked the actress. They then had to choose between Jasmin Bhasi and Pavitra Punia. They picked the latter. Hina, Gauahar and Siddharth chose Jaan Kumar Sanu over Nishant Singh Malkani. When the trio were asked to pick between Abhinav Shukla and Rahul Vaidya, Hina and Siddharth instantly took Abhinav's name. Gauahar, who was slightly confused agreed to the decision later and chose Abhinav.

Later in the show, Salman Khan asked the housemates to decide which senior's team they want to join, which will shape their journey in the show. Siddharth's teams counts Eijaz Khan, Nikki Tamboli and Pavitra Punia among its members. Gauahar Khan's team members were Rahul Vaidya and Jaan Kumar Sanu. Hina Khan's team comprised Nishant Singh, Abhinav Shukla, Rubina Dilaik and Jasmin Bhasin. All the teams will be competing in tomorrow's episode.

What A 'Harry Potter' Marathon Did To Madhuri Dixit

Disha Patani Is Making Maldives Look So Good. We Can't Even...