Hindustani Bhau is most likely to walk out of the Bigg Boss 13 this week.

This week in Bigg Boss 13, Sidharth Shukla, Shehnaz Gill, Vikas Pathak (Hindustani Bhau) and Madhurima Tuli, are the four nominated contestants. While Shukla is already out of the house for his medical treatment, Hindustani Bhau aka Vikas Pathak might leave the house this week.

We conducted a poll and asked the readers of indianexpress.com about who should leave the house this week. The audience seems to have given their verdict. Hindustani Bhau who enjoys a humongous fan following outside the house for his YouTube videos, has failed to entertain the viewers of Bigg Boss 13. 45% readers voted against him.

Following him is the new entrant in the house, Madhurima Tuli who has got 34% votes from the audience. Madhurima who was brought in to create some drama considering she was in a relationship with Vishal Aditya Singh, failed to even grab the attention of the cameras. It is only recently that she has made herself visible by getting into fights over food. 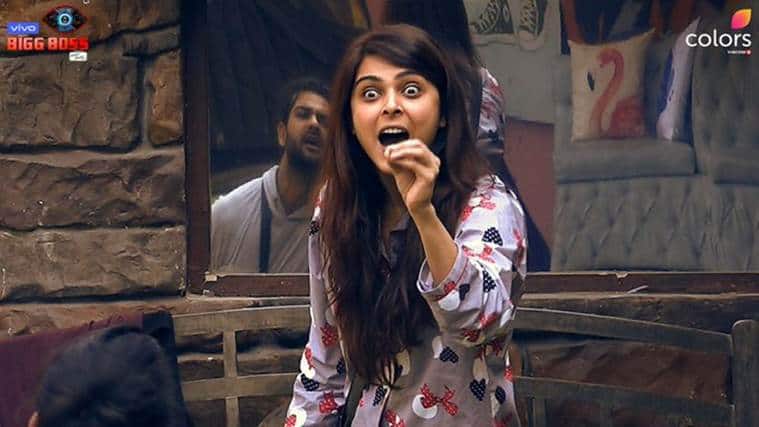 Madhurima Tuli is also not doing anything to attract attention of the audience.

Who will get evicted from #BiggBoss13 this week?

Sidharth and Shehnaz continue to be the most popular contestants of the show. They have got 10% and 11% votes respectively.

Initially, Hindustani Bhau managed to hog the limelight with his comic take on things happening in the house. He was being loved by the audience of Bigg Boss but eventually, he got distracted and even broke the rules of the house. In the last couple of weeks, he was hardly seen on the TV and was even reprimanded by Salman Khan for his careless behaviour.

Before entering Bigg Boss 13, Vikas Pathak exclusively spoke to indianexpress.com. He said he will make people see a new side of him. “I never thought of getting into the entertainment industry. But seems like the makers realised that I have a great fan following and so approached me for the show. I am excited about the opportunity as the audience will get to see my new side. This is my best chance to show people that I am much more than just my abuse-filled videos,” he said.

Stand-up comic Anubhav Singh Bassi is not on air

Rishi Kapoor shares a photo of an actor. Can you guess who it is?