When Priyank Sharma entered the Bigg Boss house on Friday, we all thought his friend Vikas Gupta would be super happy to see him. Exactly the opposite happened. Yes, you read it right. Vikas, who has often been seen talking about his bond with Priyank to his fellow contestants, reacted in the most surprising way. He did not even hug Priyank, who was thrown out from the show after he got into a fight with Akash Dadlani. Well, in case you don't know, the reason behind the scuffle was Vikas only. The fight happened because Akash passed a derogatory comment on Vikas' sexuality. This made Priyank furious to such an extent that he jumped into the argument and pushed Akash. As we all know that any kind of violence is totally prohibited inside the Bigg Boss house, host Salman Khan asked Priyank to immediately leave the game show.

While other gharwalas looked quite happy and welcomed Priyank with big smile, Vikas appeared a bit confused. He was even heard telling Hiten Tejwani "." 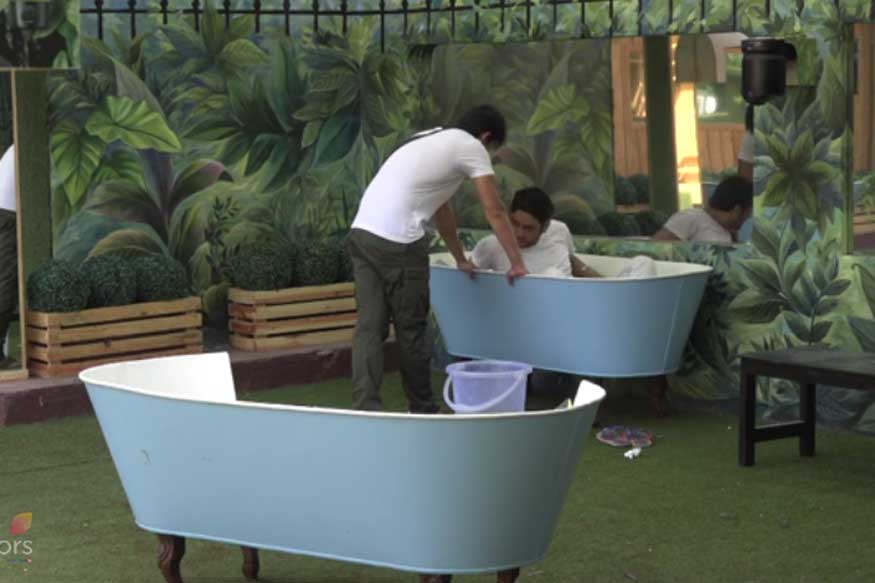 Meanwhile, Benafsha was overwhelmed and in puddles of tears of joy to see her good friend Priyank back in the house.