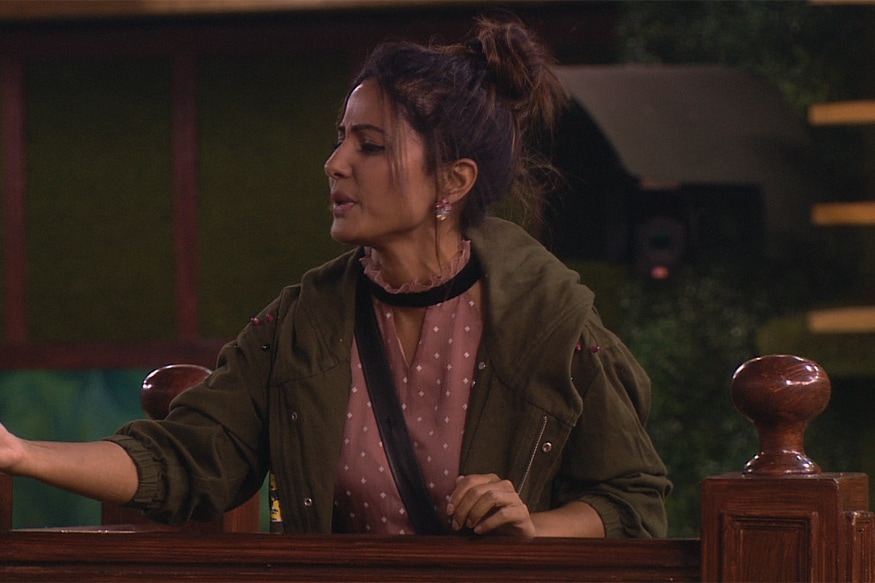 On Tuesday episode, we saw contestants sacrifice their special stuff to save one another from this week's nominations. While Bandagi Kalra gave away her clothes for her lover Puneesh Sharma, Vikas Gupta destroyed his favourite 'Lost Boys' jacket to save Shilpa Shinde from the nominations. However, what grabbed everyone's attention was when Bigg Boss said Hina Khan will have to dip her soft toy Pooh in blue paint to save Luv Tyagi. In case you don't know, Luv had applied a Mehendi tattoo of 'ZERO' on his forehead to protect Hina from getting nominated.

Hina then decided that she'd go ahead and destroy the toy for Luv as he had also made a big sacrifice for her. However, the actress got too emotional while sacrificing the soft toy, which had been with her for last eight years. And this gave Twitter another reason to troll her mercilessly.

Check out some tweets:

RIP Hina ka Pooh 😣😰😰😰To alll fans of u r all invited in the Shok Sabha of 's Pooh 😥😪Plz give ur 2 min Condolence to Pooh 😪Pooh we will miss u Venue: Hina Khan Fandom 😭 pic.twitter.com/OFtHceBu7d

Few images exclusively from funeral ceremony of our most beloved "Pooh"May it rest in peace. pic.twitter.com/gsX7e5B1vm

BREAKING NEWS:- Pooh Just Witnessed own DEATH on TV.Pooh's 1st Reaction👇" I'm not DEAD, THAT ONE IS FAKE . made promise to keep My Look-Alike Safe & Secure Till End.. She Failed .. I'm leaving once she is back from @BiggBoss " pic.twitter.com/OG0Ijreqob

I am thinking to make a statue of pooh and honour him with garlands and he will be an inspiration for the youth and an examole of how he sacrificed his life for his owner's frnd... Salute🙌

Dramatic episode... Once again a big drama by .. Feeling happy for .. Its no more with ..

Thankyou All For Being a Part of To Pay Tribute to ’s Pooh. ♥️Pooh is in a Better Place Now.Pooh Will Never Be Forgotten♥️Stay Strong , The Nation is With You! 🙌🏻 🔰 pic.twitter.com/bmC9jvOqRV

This brave soldier hs sacrificed his life for ..a grand salute to miss ..india is proud to have daughter like her.. Who cn sacrifice her soft toy for her frnd.. 1 retweet 🔁 = 7 topo ki salami to pooh pic.twitter.com/NfJ4Egjc3f

Happy that I played a pivotal role in Pattas: Sneha