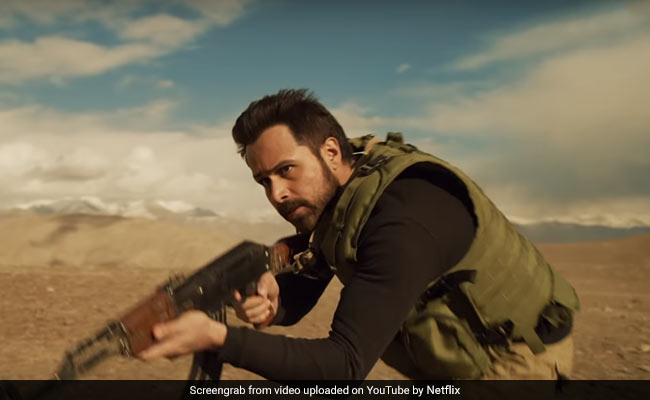 Shah Rukh Khan shared the actual trailer of his Netflix production Bard Of Blood on Thursday evening - hours after he set the mood with a promotional video. Based on Bilal Siddiqi's book of the same name, Bard Of Blood features Emraan Hashmi as excommunicated RAW agent Kabir Anand, who is called back to service after four intelligence officers are held captive in Pakistan before they could send a piece of important information to India. The trailer begins with a terror group celebrating the capture of the Indian spies, when a RAW top official, played by Rajit Kapur, sends an SOS call to superspy Anand Kumar, who goes by the code name Adonis.

Shobhita Dhulipala features as analyst Esha Sengupta is entrusted with the job of getting Adonis back on duty. As the trailer then shows flashback glimpses of what sent Adonis into hibernation, a terror leader, played by Jaideep Ahlawat of Raazi fame, proudly declares: "I never thought I'd see him again. I ruined him so bad that they ruined his career." Soon, Adonis, Esha and Veer (played by Vineet Kumar) travel to Pakistan in their disguised avatars to carry out their mission, which is described in the trailer as "rescue mission or suicide mission?"

The trailer ends with a cliff-hanging moment of Adonis pointing a gun at Jaideep Ahlawat's character, as he wants to "bury my past once and for all." Bard Of Blood marks Red Chillies Entertainment's first Netflix project. "Sharing the trailer of our first Netflix series Bard Of Blood. A thrilling tale of espionage, vengeance, love and duty. Hope you enjoy it," tweeted Shah Rukh.

Bard Of Blood is directed by Ribhu Dasgupta of TE3N fame and also stars Kirti Kulhari. Bard Of Blood will be released as a mini-series with seven episodes. It will begin streaming on Netflix on September 27.