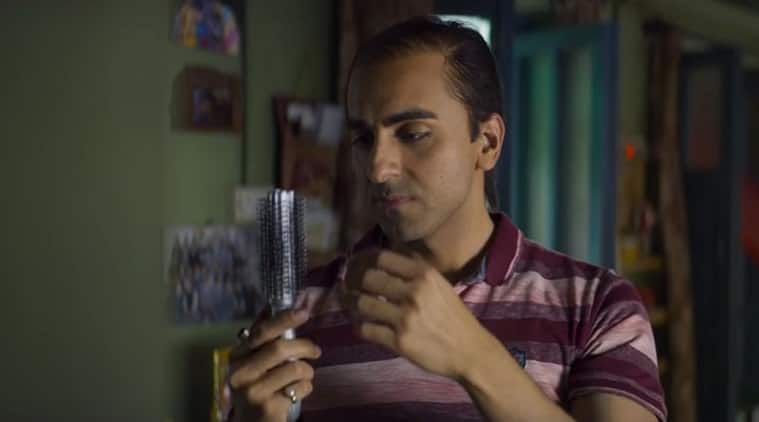 Ayushmann Khurrana and Bhumi Pednekar starrer Bala has hit screens on November 8. The film, which also features Yami Gautam in a pivotal role, deals with the subject of premature baldness.

Since the film was announced, the Amar Kaushik directorial has been surrounded by controversies. Earlier, the Ujda Chaman (whose plot revolves around the same issue) makers had filed a case of plagiarism against the makers of Bala. However, they withdrew the charges.

Bala, which also features Javed Jaffrey, Seem Pahwa, Abhishek Banerjee and Saurabh Shukla among others in supporting roles, has been shot primarily in Mumbai and Kanpur.

Yami Gautam, who plays a Tik Tok star in the film, recently spoke to indianexpress.com about her character.

“She is a small-town model, a Tik-Tok star, energetic, filmy and dramatic. Everything is larger than life for her. She lives in her bubble. Her relevance in the film comes from society’s beauty standards. So, she brings together both worlds. The arc of the character from where it begins to where it goes is beautiful. I have never played such a character before. All the characters are so unique,” the actor said.

Ayushmann Khurrana feels passionately about the subjects the movie deals with.

Speaking to indianexpress.com, the actor said, “We are challenging age-old notions of beauty in the film. We are questioning the notion. Bhumi is playing a dark-skinned character but she is extremely strong. In fact, in the film, I am the one who is insecure because of the receding hairline. She is the one who is confident and inspiring. At the same time, there is an equation of love towards Yami, who plays a Tik-Tok star. She is funky and filmy. We share common interests and get drawn to each other. So, that is my journey with these two characters. It is beautifully woven.”

Read all the updates about Bala.