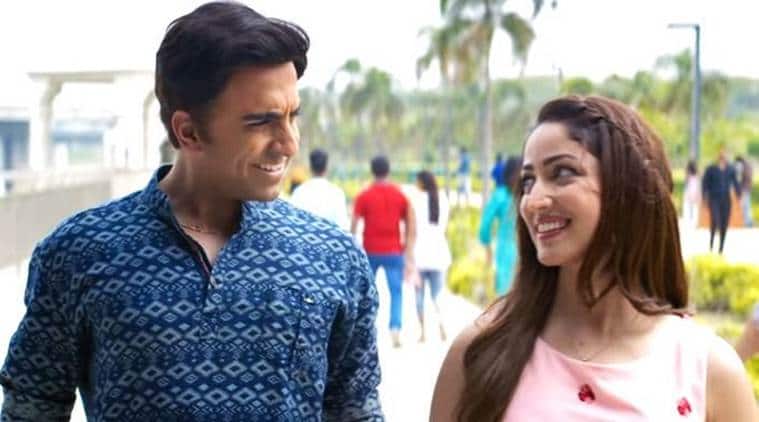 Bala had Ayushmann Khurrana and Yami Gautam in lead roles.

If you missed watching Ayushmann Khurrana, Yami Gautam and Bhumi Pednekar’s hit drama Bala at the theaters, you can now watch it online. The film is streaming on Hotstar.

Bala is the story of a young man Balmukund Shukla (Khurrana) with a receding hairline. After failing to regain his hair, he decides to wear a wig. His new look finds the favour of TikTok star Pari (Yami Gautam). Bhumi Pednekar essays the role of a dark-skinned girl whose mother is always on the lookout for a groom.

Bala became Ayushmann Khurrana’s highest opener at the ticket counters and won the hearts of the audience and critics alike. The Indian Express film critic Shubhra Gupta in her review of the film wrote, “Amar Kaushik’s film is both loud and subtle as it tracks Bala’s journey from a boisterous chick-magnet adolescence to a craven manhood: our hero is the kind of guy who tapes the upper part of his bathroom mirror so that his receding hairline stays out of his line of vision. He has sloping shoulders, slightly protruding teeth, and a belligerence belonging to a fellow wronged by fate.”

She added, “Khurrana’s Bala is an achievement. He’s perfected the art of playing people who are not instantly likeable, and he works the characters’ kinks to the point where we can see them, and yet sympathise. Bala is human, he is flawed; he is one of us. He makes us smile.”

Happy with Bala’s reception, director Amar Kaushik told indianexpress.com, “I didn’t want people to think of me as a one time wonder or a fluke director. Thankfully, not many people said that. But yes, your only effort is to work honestly. When we were about to start Bala, I told my team to treat me as a debutant only. I told them, ‘Don’t think that this is the guy who made Stree, and assume that whatever he is thinking is correct.’ I didn’t want that vibe from any team member. All I wanted was to have fun and make a good film.”