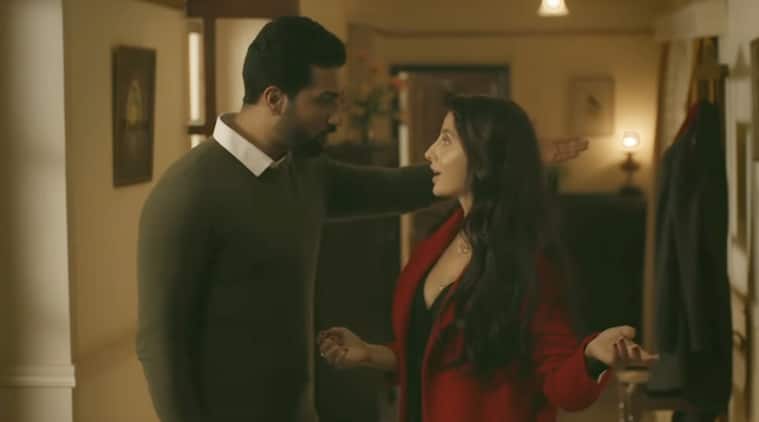 The first single sung by Arijit Singh from the Bhushan Kumar produced album Jaani Ve released on Friday along with a music video featuring actors Vicky Kaushal and Nora Fatehi. “Pachtaoge” sees the two actors live out a tumultuous, and ultimately tragic relationship.

The song is an eclectic mix of musical choices that all compliment each other. From the classical guitar and mandolin forming the foundation of the song to the flute complimenting Singh’s Punjabi lyrics, different elements come together to spin this tale of sad, and vindictive love.

The video puts Kaushal and Fatehi opposite each other in a turbulent relationship in which Fatehi’s character conspires with the man she is seeing on the side to kill Kaushal’s character. Kaushal plays the forlorn abandoned lover convincingly and shows off his emotional range in the short span of time the video lasts. Fatehi’s talents as a dancer are put to good use in emotional sequences set to Singh’s music.

On the whole, the video and song together are a bit morose. No surprise there though, as they deal with themes like affairs, death and telling a loved one that they will miss you when you are gone. Singh’s musicality however is beyond question and the song is sure to stand out amidst the onslaught of love songs released this monsoon.

Arijit Singh, widely regarded for his soulful voice and versatility is mainly known for his work as a playback singer. His partnership with Bhushan Kumar and lyricist Jaani to release a single without a film is a departure from the style of work that made him famous. The lyrics are by Jaani, the music by B Praak. Based on this single the project promises to be an interesting body of work.

"Discussed CAA With PM, Nobody Needs To Be Afraid": Uddhav Thackeray