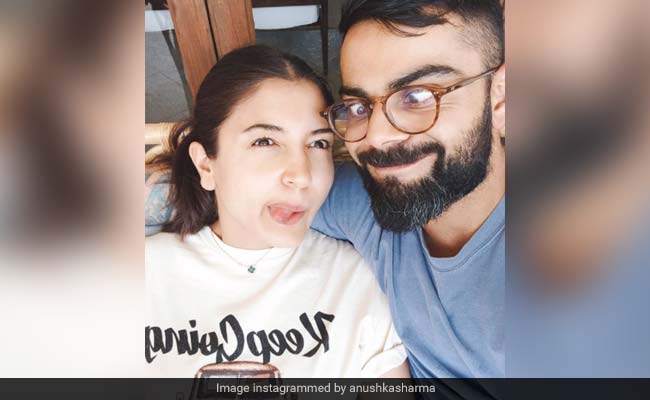 Anushka Sharma, in a chatty mood, recently interacted with her fans through Instagram's Ask Me A Question feature. During the session, the actress was asked a variety of questions pertaining to her quarantine life, what keeps her busy and of course, her husband Virat Kohli. An Instagram user asked Anushka Sharma if she will take help from Virat Kohli, to which she hilariously replied, "Haan tight bottles kholne mein our heavy chairs uthane mein madad lungi (Yes, I will take his help to open tight bottles and lifting heavy chairs)." When another fan asked the Pari actress about what she does to irritate Virat, she replied: "If I beat him in any board game and then rub it in. He hates losing in anything!"

Anushka Sharma and Virat Kohli are known for setting couple goals on multiple occasions on social media and otherwise. Anushka was asked how the couple manage to make their relationship long lasting. "Faith, knowing that love is acceptance, a good relationship is a commitment , a promise to be there for better or worse because through the ups and downs it allows the individuals the space and understanding to grow into their highest human potential," the actress replied. 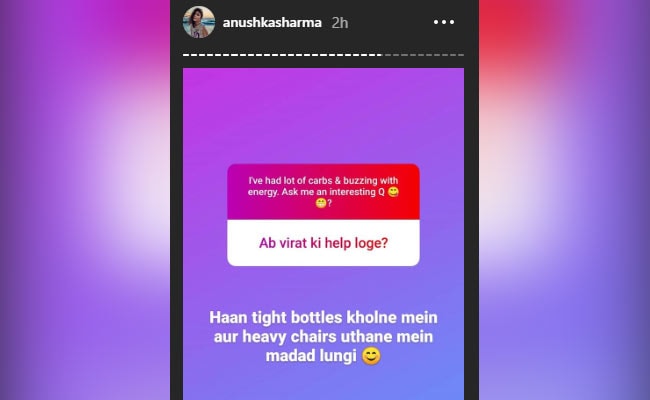 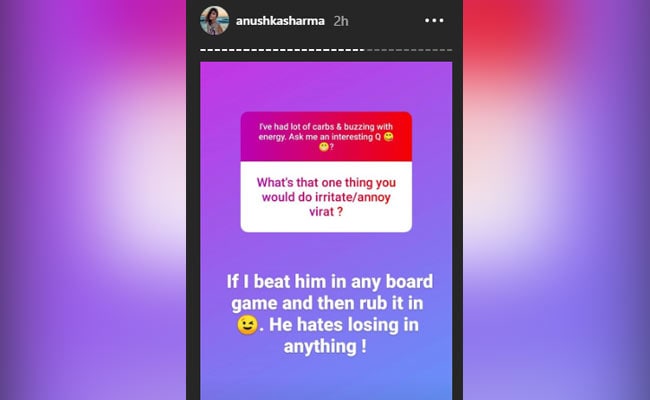 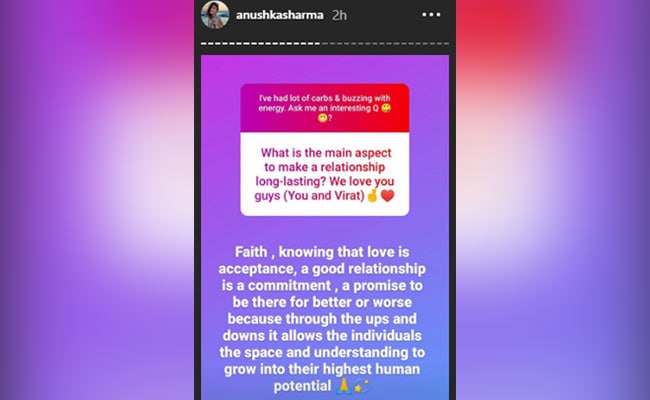 Anushka Sharma and Virat Kohli got married at a countryside resort in Tuscany in a private ceremony in 2017 after dating for several years. The couple later hosted grand wedding receptions in Mumbai and Delhi, which saw the convergence of several Bollywood and cricket stars.