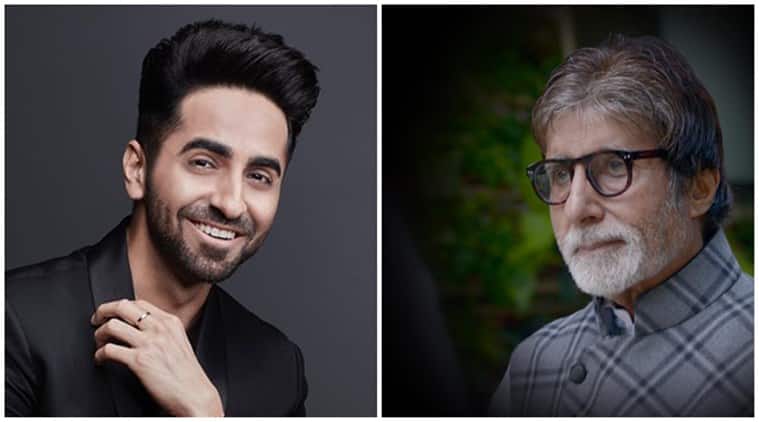 Actor Ayushmann Khurrana describes his upcoming Gulabo Sitabo as a sweet, simple film about the banter between a tenant and a landlord.

“Gulabo Sitabo is an extremely simple film. It’s a sweet film about the banter between a landlord and a tenant. I’m the tenant, Bachchan sir is the landlord and we are always at loggerheads. It’s as simple as that.

“The magic is, sometimes you find simplicity most exciting in life and that’s what the film is about,” Ayushmann told PTI.

Set in Lucknow, Gulabo Sitabo is billed as a quirky family comedy, penned by Sircar’s longtime collaborator Juhi Chaturvedi. They have worked together on Vicky Donor, Piku and his last directorial venture October.

Ayushmann, who teams up with Bachchan for the first time, says working with the 77-year-old actor was a learning experience.

“Bachchan sir is amazing. What I marvel about him is that he’s so well prepared always. He will know your lines also. It is not easy to act in front of him. You have to be on your toes as a co-actor.”

Ayushmann has, over the years, build an on screen image of doing socially relevant films, touching on topics ranging from balding to homosexuality.

The actor says he’s “full of gratitude” for the work and love coming his way and feels for one to continue doing relatable films, it’s important to keep an ear to the ground.

“It’s important to know what’s going around. I dwell on relatable subjects. If you are un-approachable with the common folk, then where will you get your fodder from? It becomes difficult but now I do it with an agenda. To look for good stories, ” he adds.