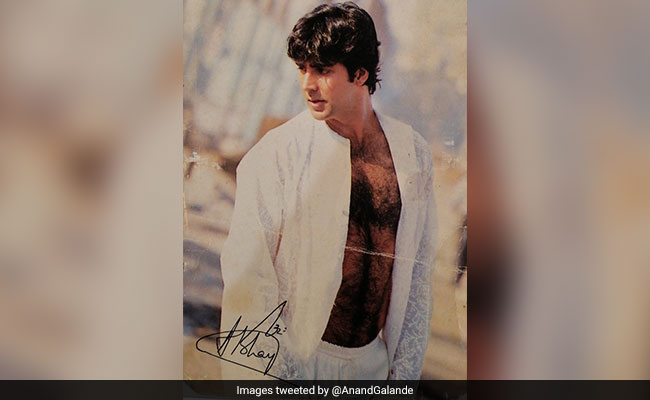 Akshay Kumar remembered the "good old days of fan mail" on Twitter when a netizen made the 51-year-old superstar little bit nostalgic about the time before social media took over. On Monday morning, Akshay Kumar woke up to a fan tweet, who reminded Akshay that he had once responded to the user's fan mail with an autographed photo. Cherishing the memory from 1997, the user asked Akshay Kumar: "Dear sir, this photo you had sent me in the year 1997... Hope you remembered it. Love, from your big fan." Here's how Akshay Kumar responded on Twitter: "Of course I do... good old days of fan mail. Hope you're doing good. God bless always." In his tweet, the fan had also attached the photo with Akshay's autograph graffitied on it.

In 1997, Akshay Kumar stared in films such as Mr. and Mrs. Khiladi, Tarazu, Daava and Yash Chopra's Dil To Pagal Hai, in which he had a special appearance as Madhuri Dixit's childhood friend.

On the work front, Akshay Kumar has an impressive list of films lined-up for release. He will next be seen in Mission Mangal, which releases on August 15. Akshay Kumar also has movies such as Good News, Sooryavanshi and Laxmmi Bomb to look forward to.