"We Are Watching": Delhi Police As Farmers' Body Calls For Bharat Bandh 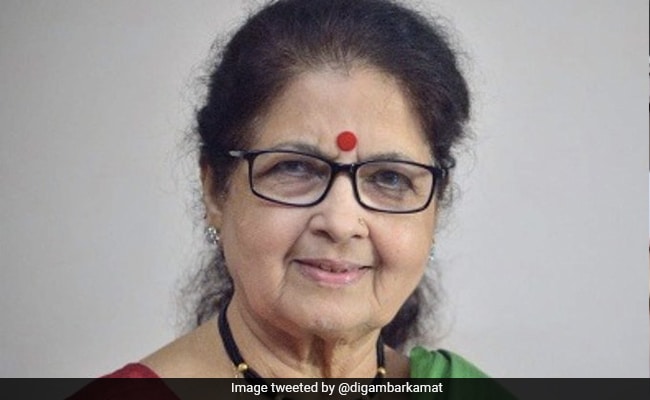 Veteran actress and Marathi theatre personality Ashalata Wabgaonkar died at the age of 79 after battling COVID-19. Actress Renuka Shahane shared a tribute to the late actress in a tweet written in Marathi, which roughly translates to this heart-wrenching message: "Today has been a sad day. COVID-19 took a very beautiful life. Ashalata Tai merged into infinity. Extremely kind, loving, sensitive, great artist. Peace be upon the soul of Ashalata Tai, who has always blessed me, addressing me as 'Baby'. A heartfelt tribute." Shabana Azmi, who worked with Ashalata Wabgaonkar in 1980 movie Apne Paraye, tweeted: "Deeply saddened. I had the pleasure of working with Ashalata Ji in Basu Chatterjee's Apne Paraye and she was a delight to work with. Condolences to the family." Anil Kapoor, who worked with Ashalata Wabgaokar in 1983 film Woh Saat Din, shared a throwback photo and tweeted: "My heartfelt prayers and condolences to the family."

Deeply saddened. I had the pleasure of working with #Ashalataji in Basu Chatterjee's #Apne Paraye and she was a delight to work with . Condolences to the https://t.co/HuaRz1Oi27.pic.twitter.com/WTgpVQGSES

Had the honour of working with Ashalata Ji in Woh 7 Din, a truly talented actress. My heartfelt prayers & condolences to the family 🙏🏻 pic.twitter.com/j1AyHLoLXo

A tweet of condolence was also shared by former Goa Chief Minister Digambar Kamat for Ashalata Wabgaonkar, who was from Goa.

Deeply pained by the passing away of acclaimed Goan Artist Ashalata Wabgaonkar. Her splendid performances in theatre & films will keep inspiring the generations to come. My condolences to her family & fans. May her soul rest in peace. pic.twitter.com/HVGOnDUA8x

As per several reports, Ashalata Wabgaonkar was diagnosed with COVID-19 while shooting for Marathi TV show Aai Kalubai in Maharashtrian city Satara last week. She was reportedly admitted to a private hospital in Satara last weekend, where she died on Tuesday. 20 other members of the show have also reportedly tested positive.

Ashalata Wabgaonkar featured in over 100 movies in Hindi and Marathi. Her legacy as a theatre artiste will be remembered for Marathi plays such as Mahananda, Varyavarchi Varaat, Guntata Hridhya He and Chinna. She starred in several acclaimed Bollywood films, some of which are Ahista Ahista, Woh Saat Din, Ankush, Namak Halaal, Shaukeen and Yaadon Ki Kasam . Some of her best known Marathi films include Vahinichi Maya, Umbartha, Navri Mile Navryala and Sutradhar.

Ashalata Wabgaokar also authored the book Gard Sabhowati, which documented her journey as an actress in the film industry.

Akshay Kumar's Been Waiting For This Sooryavanshi Moment

Christmas In Cinemas: Aamir's 'Laal Singh Chaddha' Out, Ranveer's '83 In

Hema Malini Dances Dharmendra-Style And The Result Is...

Cricket Stadium, Named After Indian-Americans, Opens In US State

"From Registration To Certification, No System As Massive As CoWIN": PM