AbRam, Roohi, Yash Are The Stars Of Gauri's Birthday Message For Karan 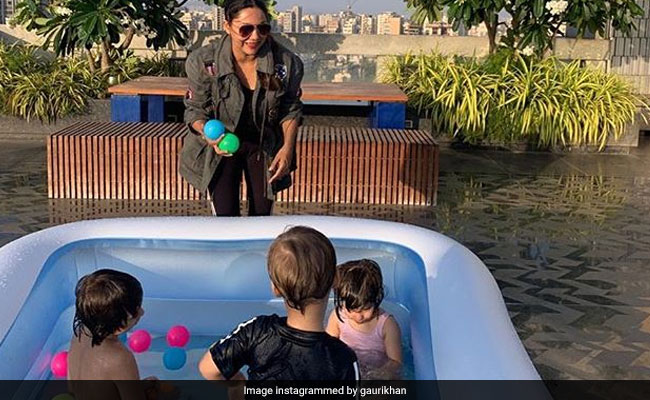 Karan Johar turned a year older on May 25 and on the occasion of his 47th birthday, his friends from Bollywood greeted him on social media. The most adorable one came from Gauri Khan, who is also a close friend of Karan Johar. Gauri wished the producer in a unique style. She posted a photo on Instagram where her son AbRam and Karan's children Yash and Roohi can be seen playing in a pool while Gauri is also seen playing along with them. Sharing the picture, Gauri wrote: "Love and best wishes always, Karan Johar ... With the little ones!"

Love and best wishes always, @karanjohar ... With the little ones!

Karan Johar, who is known for giving blockbuster hits like My Name Is Khan, 2 States, Agneepath, Kuch Kuch Hota Hai, Kabhi Khushi Kabhie Gham, Kabhi Alvida Naa Kehna and many others, is currently in New York. The producer even met Rishi Kapoor and Neetu Kapoor in the city.

My absolutely favourite couple of Indian cinema....I grew up loving them and am so privileged to know them....strong...resilient and full of positivity! @neetu54 and chintuji are absolutely amazing and so full of love!! Thank you for your energy! Love you!!!

Not only Gauri Khan but several other celebrities including Alia Bhatt, Kriti Sanon, Twinkle Khanna and Arjun Kapoor also wished their favourite Karan Johar on their social media handles.

Happpiesttt birthday to the most stylish director/producer!! @karanjohar here's wishing you the bestest year ahead! Filled with love, laughter, blockbuster films and a special someone! biggg hug 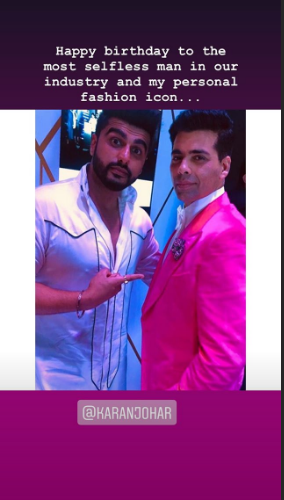 Gauri Khan is a famous interior designer who has designed houses of many celebrities such as Shahid Kapoor, Aamir Khan, Aishwarya Rai Bachchan, Karan Johar, Ranbir Kapoor, Alia Bhatt, Jacqueline Fernandez and others.

Nothing To See, Just A Pic From Rana Daggubati-Miheeka's Wedding Prep

Shekhar Kapur Found Someone "Even Cuter" Than Jugal Hansraj In 'Masoom'