Sakhi agarwal a date with an elephant Sakshi Agarwal is busier than ever before. Following her Bigg Boss Tamil 3 stint, she was roped in to play a key role in Arya-Sayyeshaa’s Teddy, which is yet to hit screens. Further, she dubbed for one of the important characters in Sundar C’s Action. “2019 made me a stronger person. It also taught me patience, perseverance and so much about myself,” she smiles.

Sakshi wants to end this year on a good note and start 2020 afresh. So, the model-actor did a calendar shoot with an elephant, Raja. “We shot for four days in Alleppey. The experience was nothing short of brilliant. The credit goes to Faiza Khan for my costumes,” she says.

Shot by photographer Alex Judson, Viji and Sharath were behind Sakshi’s makeup and hair-do. “When I saw Raja for the first time, I freaked out. It was a huge deal to overcome my fears and shoot with an elephant. But eventually, I became friends with Raja. Most of the actors use caravans or hotels for their shoot. In this case, we did nothing of that sort. In particular, I had so much fun when Raja showered me with water. I never knew elephants could be extremely adaptable, emotional and empathetic. It’s very rare that fashion photographers have photoshoots with elephants,” Sakshi Agarwal adds. 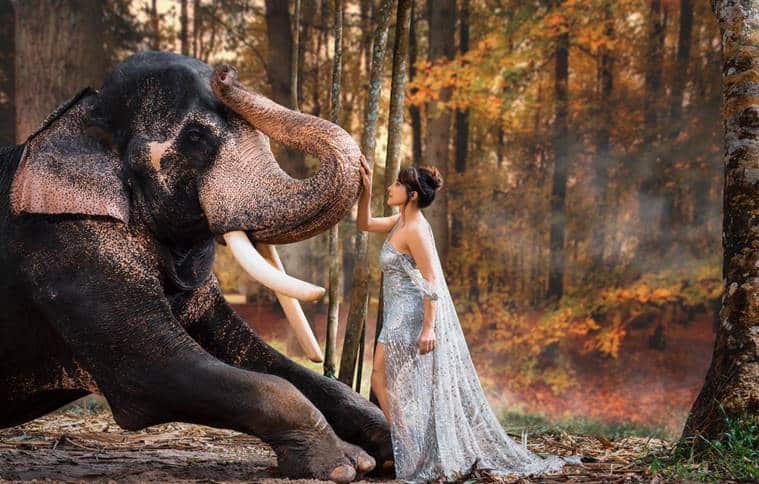 The team had to adjust and prioritise their schedule according to the needs of Raja. “Elephants are majestic creatures, yet display childlike enthusiasm. A lot of courage has gone into doing this. It’s important to conserve the charismatic species. I had this germ of an idea that I thought would work. At the same time, I was particular that I tell a beautiful story, combining fashion and activism. We human beings already decided where animals should be,” sighs Sakshi.

On the film front, Sakshi awaits the release of GV Prakash-starrer Aayiram Jenmangal, directed by Ezhil.

Kamala Harris's Boundary-Breaking Run In US Inspires Hope In Jamaica