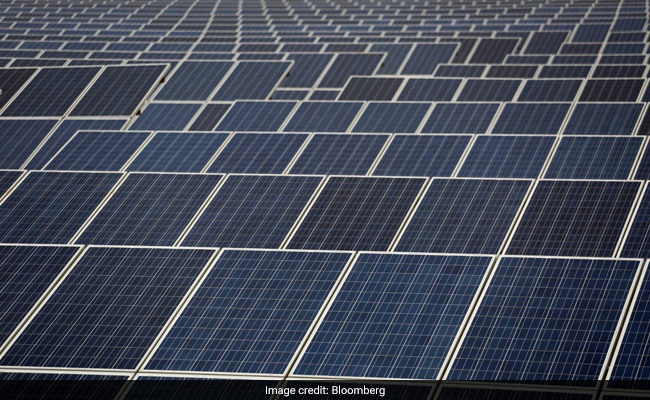 Shapoorji Pallonji Group is looking to sell its solar power plants and road assets to reduce debt by as much as Rs 4,000 crore ($558 million), a person with direct knowledge of the matter said.

The 154-year-old group, controlled by the reclusive billionaire Pallonji Mistry and his family, expects the deals to be clinched by March next year, the person said, asking not to be identified as the discussions with prospective investors are private. A spokesman for the Mumbai-based conglomerate declined to comment on asset sales or the total group debt.

The property developer, which has diversified into businesses ranging from water purifiers to ports, is seeking to bolster its balance sheet and credit ratings amid a prolonged realty slump and a shadow-banking crisis that's made funds dearer. Rating companies downgraded the group's unlisted flagship firm Shapoorji Pallonji, along with some units, late last year, citing weakness in its core real-estate business and slow progress in asset sales.

The conglomerate is looking to sell its two road assets and its solar power plants, including those that already produce 298 megawatts of power and another 900 megawatts of projects in different stages of development, the person said. The founder family has also infused Rs 2,000 crore in the group in the past nine months, according to the person.

Shapoorji Pallonji also plans to seek an investor into its growing ports business in the coming years, the person said. The group, which owns two operational ports -- one in the eastern state of Odisha and one near Mumbai, is building another port and facility for gas terminals in the western Gujarat province.

Years of debt-fueled growth is forcing many Indian companies, such as Subhash Chandra-owned Essel Group and Anil Ambani's Reliance Group, to now sell assets and repay debt as they come under increased pressure from lenders. banks, stuck with the world's worst bad loan ratio among major economies, have stalled fresh credit, while seeking to recover their loans with the nation's relatively new bankruptcy law.

Founded in 1865, the Shapoorji Pallonji group, which has built some of Mumbai's landmarks including the Reserve Bank of India building, is still better placed than most of its corporate peers, with total revenue of $7 billion for the year ended March.

"There are many sweet deals, giving investors plenty to choose from," he said, adding the group may have to sell at a discount.

Mr Mistry, the patriarch of the founding family, has a net worth of $20.7 billion, according to the Bloomberg Billionaires Index. A bulk of that fortune comes from the family's equity stake in the holding company that controls the $111-billion Tata Group - a conglomerate the family is currently locked in a legal battle with.