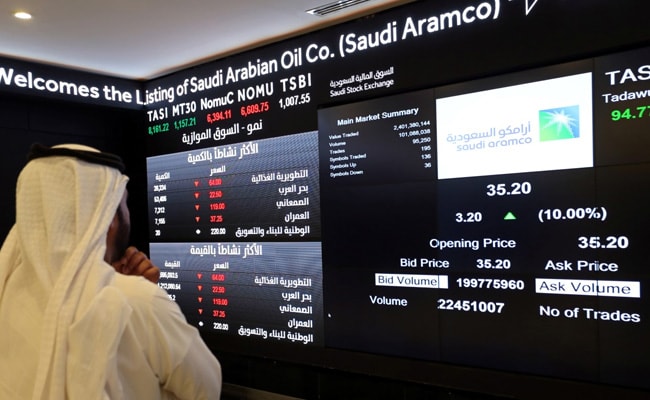 Saudi Aramco, the world's most profitable company and controlled by the Saudi Royal family, crossed $2 trillion mark in market value on second day of trading after its shares surged as much as 9.94 per cent to hit an intraday high of 38.7 Saudi Riyals on Thursday.

The Saudi Crown Prince Mohammed bin Salman has made Aramco's initial public offering (IPO) the centrepiece of his vision of diversifying the Kingdom's economy away from its dependence on oil; he will  use the $25.6 billion raised in the primary offering to develop other sectors.

Since its trading debut on Wednesday, Aramco's share price has already soared 20.6 per cent from the 32 Riyals ($8.53) that the stock was sold for in the record-breaking initial public offering.

Aramco had priced its IPO at 32 Saudi Riyals ($8.53) per share, the high end of the target range, surpassing the $25 billion raised by Chinese retail giant Alibaba in its 2014 Wall Street debut.

Aramco shares will also join the Tadawul benchmark and other global benchmarks such as MSCI and FTSE next week, which analysts said should fuel further demand, particularly from "passive" investors who track such indexes.

(With inputs from Agencies)