RIL in talks to merge entertainment channels with Sony

November 22, 2019 39
MUMBAI: Mukesh Ambani-controlled Reliance Industries and Sony Corporation are in talks to combine their entertainment channel businesses. RIL may hold a significant minority interest in the merged entity, according to people close to the development.

Sources said Sony is conducting due diligence and a deal could be in the works as early as next month. 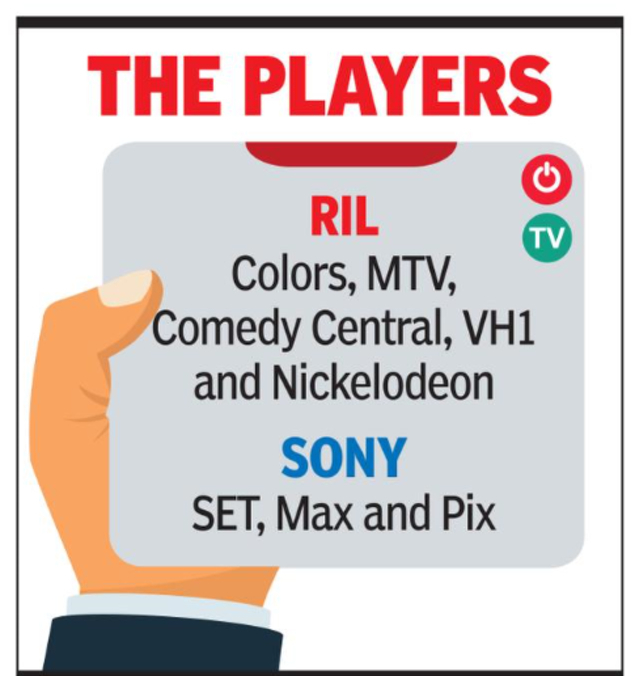 While a number of deal structures may be on the table, the most favoured option is said to be an all-stock one where Reliance’s entertainment business merges with Sony and Ambani gets a stake in the combined entity; instead of cash, the Japanese company gives the Indian behemoth equity.


The (RIL-Sony entertainment channel) deal hasn’t reached a stage where the share-swap ratio has been finalised,” people close to the development said when asked for details.

There has been talk in recent weeks of Ambani being keen to restructure his media businesses for strategic and financial reasons.

Viacom18 Media posted revenues of about Rs 3,665 crore and net profit of Rs 81 crore in 2018-19. SPN had revenues of Rs 6,310 crore and profit of Rs 346 crore in the same period. Sony’s talks with Reliance come in the wake of reports of its proposed deal to merge with Subhash Chandra-owned Zee Entertainment Enterprises falling through in April 2019 due to differences over valuation.

It is unclear if HistoryTV18 channel, which is a JV between TV18 Broadcast and A+E Networks, will be a part of the alliance with Sony.

The partnership will help Sony scale up its India operations while giving RIL access to content. Ambani said at RIL’s annual shareholder meeting in August 2019 that partnerships will be the path to grow the company’s consumer-facing business.

Such moves form part of RIL’s plan to become zero net-debt by March 2021. RIL had a net debt of Rs 2.91 lakh crore at the end of the September quarter of fiscal 2020.

At a time when digital media streaming is emerging as a parallel to TV viewing, the RIL-Sony deal, if it comes through, could stand to benefit Jio as it would give it access to Sony content. Major players like Netflix, Amazon Prime and Hotstar have been increasing local content in order to retain and expand their subscriber bases.

Shares of both Network18 and TV18 Broadcast surged on Thursday, by 19% and almost 10% respectively.