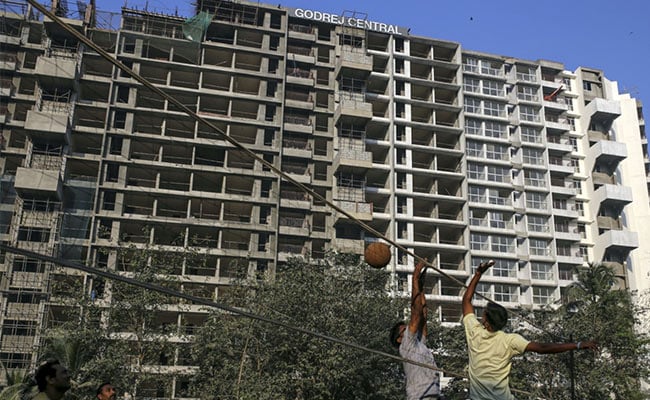 Home sales in Mumbai jumped to the highest in four years as property developers switched focus to building cheaper apartments, according to Anarock Property Consultants.

Sales in Mumbai rose 22 per cent in 2019 even though a persistent credit crunch and economic slowdown curtailed recovery in India's housing sales across top seven cities. 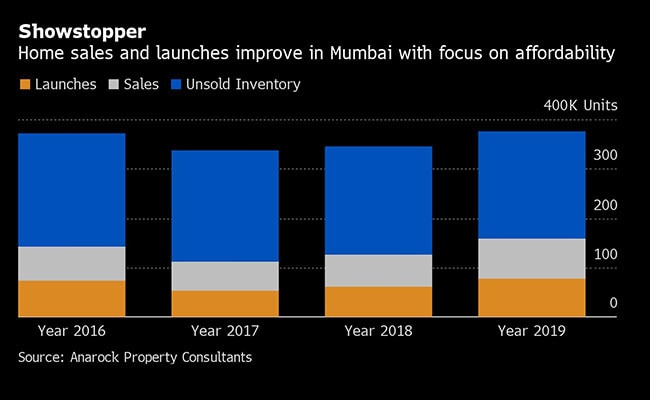 "One of the major factors that helped Mumbai become the showstopper in 2019 was the developers' conscious decision to bridge the demand-supply gap," said Anarock's Chairman Anuj Puri. "The region saw maximum supply in the affordable category -- something unusual for this market."

But overall housing sales growth slowed to 5 per cent, according to data from Anarock. India's property market was just recovering from back-to-back blows in the past few years, including a cash ban, new regulation and tax structure, when it faced yet another challenge in the form of a severe credit crunch as its key lenders -- non-bank financiers -- started collapsing. 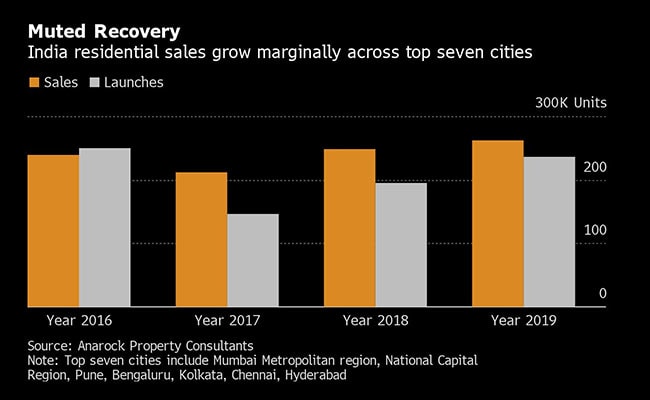 The credit crunch is now feeding into -- and worsened by -- an economic slowdown that's hitting demand for goods and services. In 2018, housing sales across top seven cities had grown by 17.6 per cent according to Anarock, but the worsening economy has put a break on this revival.

Other highlights from a report launched by Anarock today:

Recovery in homes sales will depend on the government's pledge to salvage stalled projects, Mr Puri said. The government last month announced a Rs 25,000 crore ($3.5 billion) fund to revive residential projects in a bid to reverse slowing growth in Asia's third-largest economy.

"Residential growth in 2020 will mainly depend on the swift on-ground implementation of some of the previously-announced sops," Mr Puri said. "A major part of the residential growth will most likely unfold in the second half of 2020."