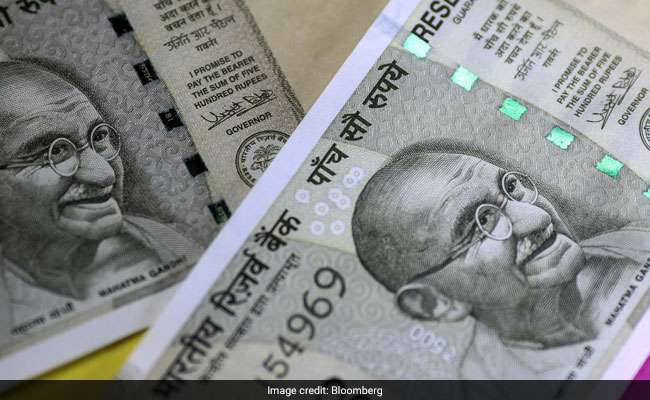 The risk of overseas investors in rupee bonds getting caught wrong-footed and weakening India's currency further is surging as losses this month outpace Asian peers amid mounting geopolitical tensions in the region.

A sharp drop in the rupee may wipe out most of the profits for offshore investors as they don't usually hedge currency risk for short-term debt investments into the country, according to Samir Lodha, chief executive officer at QuantArt Market Solutions, a Mumbai-based currency risk advisory. Any sell-off in foreign holdings of Indian corporate and government bonds may set off a spin which weakens the currency further.

The surge in inbound investments into rupee bonds was largely driven by carry trades, adding to fears of a quick reversal in flows if the drop in rupee is not checked. The currency slumped more than 3.6 per cent against the greenback this month, setting it up for its second-worst monthly loss since September 2013, as India escalated tensions with Pakistan by revoking seven decades of autonomy for Kashmir. That added to turmoil in emerging markets stemming from the US-China trade spat.

"Though the mounting bets were safe as long as the currency was stable, now many are staring at their returns getting wiped off," Mr Lodha said by phone. "Any large-scale unwinding of bond holdings by foreign investors risks triggering a downward spiral for the rupee to a fresh low." 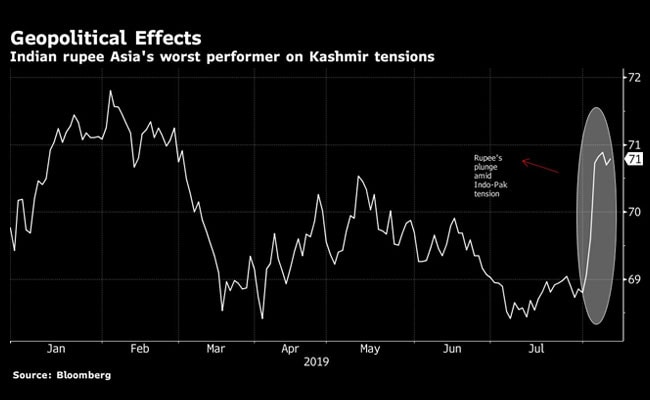 Foreigners were enthusiastic about buying Indian bonds when the government eased limits applicable for debt purchases by offshore buyers, because many developed markets offer very low yields. India has been a natural fit for investors borrowing funds in a cheaper currency to invest in markets offering higher interest rates, Mr Lodha said.

While the rupee has depreciated in seven of the past 10 years, most of the decline was in a calibrated manner. Record foreign-exchange reserves of $430 billion and the most politically stable government in three decades give policy makers power to control the drop.

Even amid all the risks "there are very few countries like India with such high-interest rates that make them attractive carry trade destinations. If the panic spreads, foreigners have to pull funds out of India or will have to hedge their exposures which will eat into returns," said Mr Lodha.