Consumer Inflation Rises To 2.57% In February 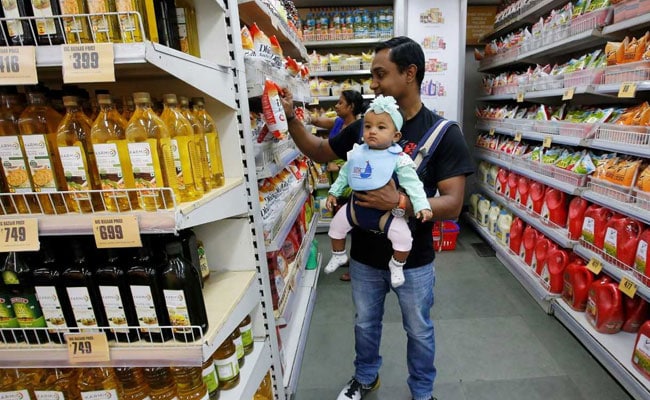 Consumer inflation stood at a provisional 2.57 per cent in February, government data showed on Tuesday. Consumer inflation for January was revised downwards to 1.97 per cent, also its lowest level in 19 months, from 2.05 per cent, according to the official statement. Economists had predicted consumer price index at 2.43 per cent for February, according to a poll by Reuters.

Last month, Reserve Bank of India (RBI) reduced the repo rate by 25 basis points or 0.25 per cent. The central bank also changed its policy stance to "neutral" from "calibrated tightening". The repo rate - which is the key interest rate at which the RBI lends short-term funds to commercial banks - currently stands at 6.25 per cent.

The RBI has maintained a medium-term goal of 4 per cent for consumer inflation, which it tracks primarily to formulate its policy. Consumer inflation - determined by Consumer Price Index (CPI) - indicates the rate of increase in consumer prices.

In separate economic data, India's industrial output in January rose 1.7 percent from a year earlier, lower than forecast, government data showed on Tuesday. A Reuters poll of economists had predicted a growth of 2.0 percent for January.

January's growth was much slower than the upwardly revised 2.6 percent year-on-year increase in December, the data showed.