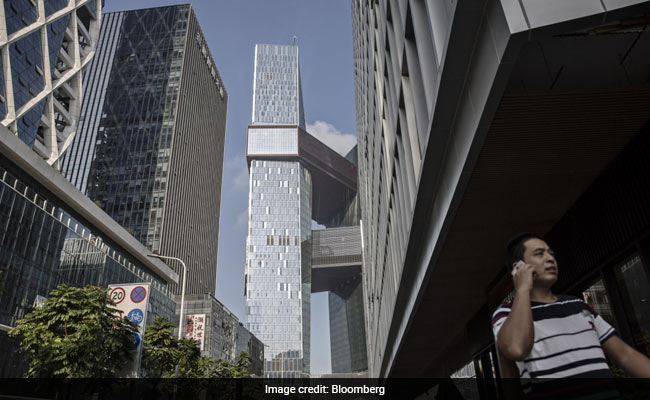 The Bangalore-based startup sources directly from small manufacturers, farmers and mill owners to supply to neighborhood stores, restaurants, offices and even street vendors. The fundraising brings the total capital raised since its inception in 2016 to $870 million.

Udaan was founded by three 39-year-olds -- Amod Malviya, Vaibhav Gupta and Sujeet Kumar, all engineers from the country's elite Indian Institute of Technology who held key positions at online retailer Flipkart Online Services Pvt. Its logistics, payments and fulfillment platform currently connects 20,000 sellers across the country to 3 million retailers in categories from fruits and vegetables to electronics, apparel and toys.

India's small businesses, including many small neighborhood stores known as kirana, are a key part of the country's move online. Global retailers Walmart Inc. and Amazon.com Inc., India's largest conglomerate Reliance Industries and startups like Udaan are all rushing to digitize these small businesses, helping them ramp up to become a service point for delivering products and services to the community. Udaan has an early mover advantage against its large rivals.

The Udaan trio, bred in small towns in India's states of Bihar and Uttar Pradesh, said they didn't have access to supermarkets or grocery chains growing up. Shopping for big purchases meant traveling to a nearby big city. That inspired them to come up with Udaan's business model.

"We wanted to focus on India's core problem of a fragmented supply chain with over 100 million farmers, 25 million manufacturers and millions of importers," said Gupta in a phone call with the other founders. "At the other end, are some 30 million retail endpoints, including tiny stores and restaurants, and in between multiple channels of wholesalers and traders."

Udaan's platform provides pricing transparency and facilitates convenient transactions by offering support in payments, lending and logistics. This is technology that's only beginning to penetrate small cities and towns. "This is the real economy," said Mr Kumar in the phone conversation.

Udaan has experienced fast growth, but it does not have a chief executive officer. The three entrepreneurs are all co-founders.

The new capital will be harnessed to build the technology platform, grow categories and build payments and delivery capabilities, the founders said. "We are hardly 0.2 per cent of overall trade today and our focus is to build and scale our capabilities," said Mr Gupta. "The capital gives us the confidence and ammunition."